According to the Assistant Superintendent of Police (ASP) Krishnakant (Chinturu sub Division), some Maoists cordoned the passengers from the bus near Chinturu, which is 4 to 5 km from the Chattisgarh border, and set it on fire at around 11.30 PM. 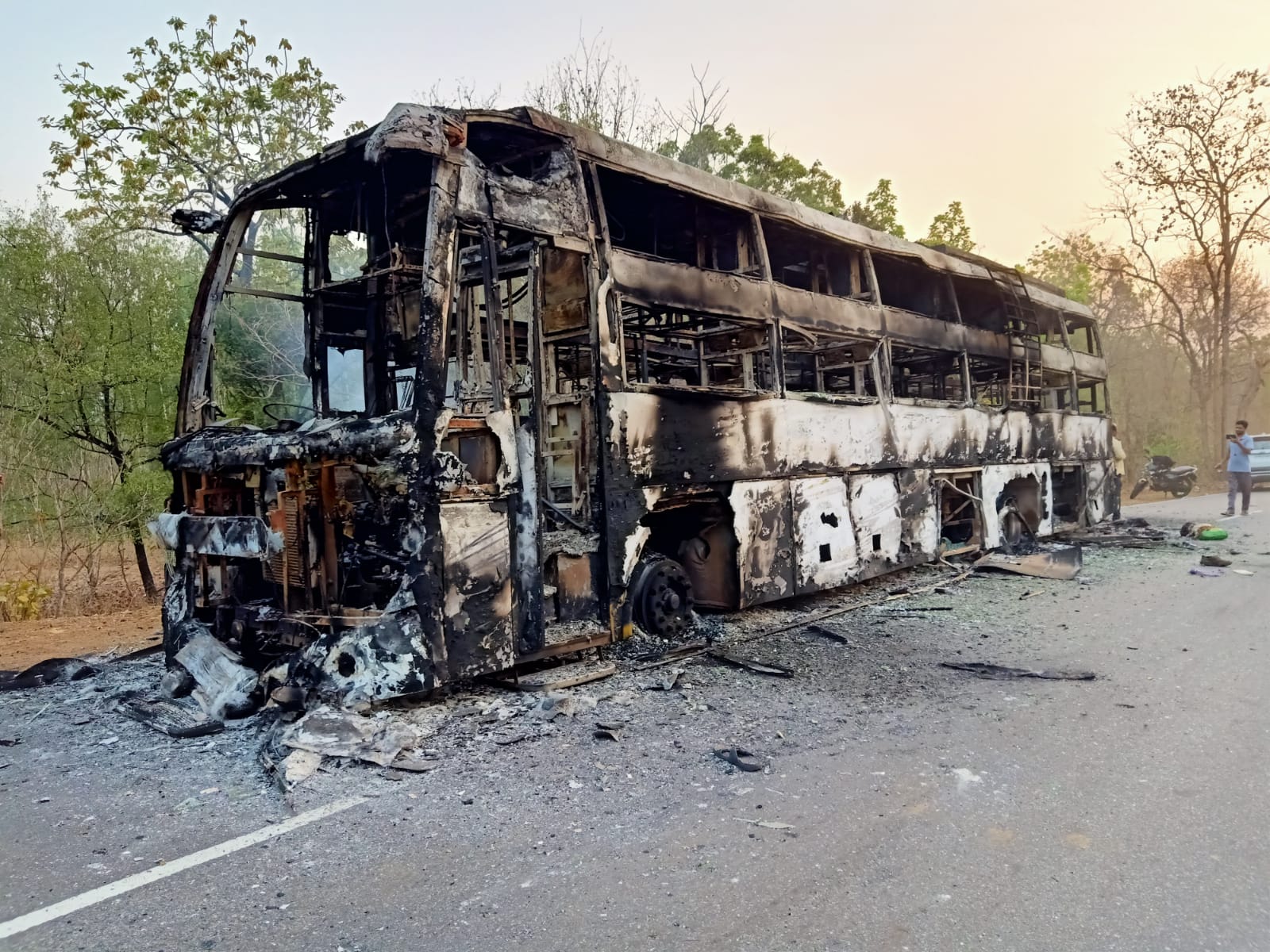 "Earlier in the year 2018, 2019, 2020, similar incidents were reported in the area. They put the bus on fire and left the place. The case is yet to be registered and an investigation is on," he added further.

However, no casualties were reported, and further investigation into the matter is going on. (ANI)

UP: 4 dead, 15 injured after a bus caught fire in Banda

25 killed as bus plunges into canal in Karnataka