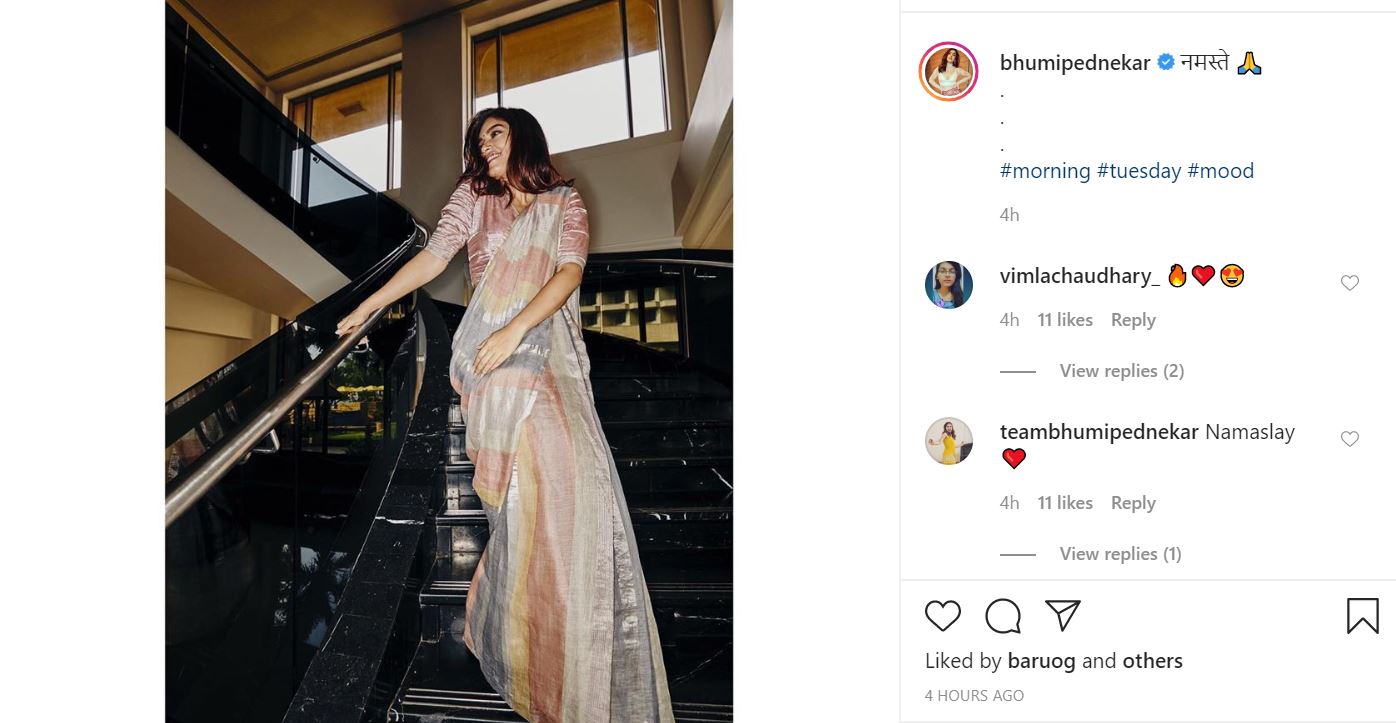 In the capture, the 'Bala' star is seen clad in a color-coordinated saree, as she channels her traditional avatar. Bhumi looks gorgeous and is all smiles while she strikes a pose standing in between the stairs. The snap captures her sporting pastel-shaded saree, as her luscious locks fell on her pretty face.

With the post hitting Instagram, celebrity followers including Rajkummar Rao liked the picture that garnered more than 98 thousand likes within an hour of being posted.

Of late, the 'Sonchiriya' star has been updating fans of her activities by posting pictures and videos on the photo-sharing platform. Earlier, Bhumi shared her artwork where she is seen in the avatar of the famous 'Game Of Thrones' character Daenerys and admitted that she is a huge fan of the show and quoted its dialogue.

Bhumi was last seen in Karan Johar's horror film 'Bhoot Part One: The Haunted Ship,'. She will next be seen in another horror thriller, 'Durgavati.'(ANI)

Amitabh Bachchan reveals he is a pledged organ donor