About an incident in the state's North 24 Paragana district where a vehicle was set on fire, Vijayvargiya said, "Goons came in two vehicles in which police sticker was also posted. They hurled bombs and fired. One of our polling agents Ganesh Singh was also attacked. After people realised that it wasn't police but goons, they cornered the vehicle and goons had to flee, leaving one car behind. It is a very dangerous trend that both police administration and goons are collectively spreading terrorism in the state." 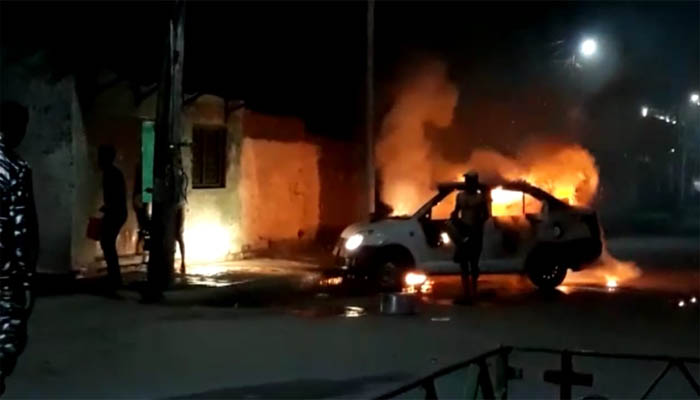 Clashes between groups were reported from Bhatpara area of the North 24 Paragana in West Bengal.

Locals alleged that some people hurled bombs, fired shots and set a car of fire. Security forces have been deployed in the area. West Bengal went to polls in all phases of the elections, with Seventh phase of polling underway today. Votes are due to be counted on May 23.