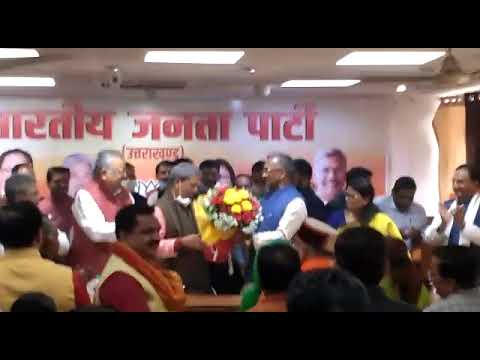 Rawat tendered his resignation after meeting governor Baby Rani Maurya on Tuesday, a year before Uttarkhand is scheduled to go to the polls. The BJP swept the elections in 2017, winning 57 seats in the 70-member Uttarakhand Assembly. Congress, on the other hand, won just 11 seats. (ANI)

Uttarakhand's CM-designate calls on his predecessors ahead of oath-taking