The BJP released its third list, consisting of 28 candidates, for the upcoming Gujarat Assembly polls.

The BJP announced the names of the candidates on Twitter. 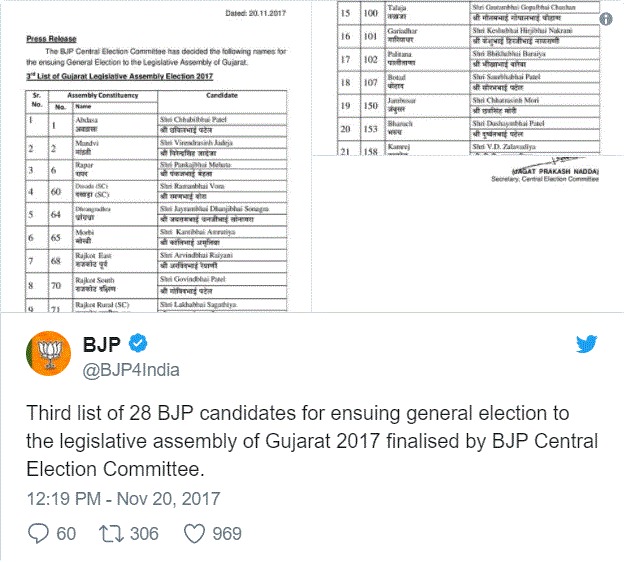 Yesterday, the party had released the second list, consisting of 36 candidates, and had earlier released a first list - of 70 candidates.

Overall, the party has announced 134 candidates for election to the 182-member Gujarat Assembly, which is to be held in two phases on December 9 and 14.

The names were finalised by BJP's Central Election Committee, which met on Wednesday.

BJP releases a list of 70 candidates for Gujarat assembly elections