As filmmaker-producer Karan Johar turned a year older on Tuesday, several B-town celebs including his friends and colleagues shared birthday wishes for him on social media.

New Delhi: As filmmaker-producer Karan Johar turned a year older on Tuesday, several B-town celebs including his friends and colleagues shared birthday wishes for him on social media. 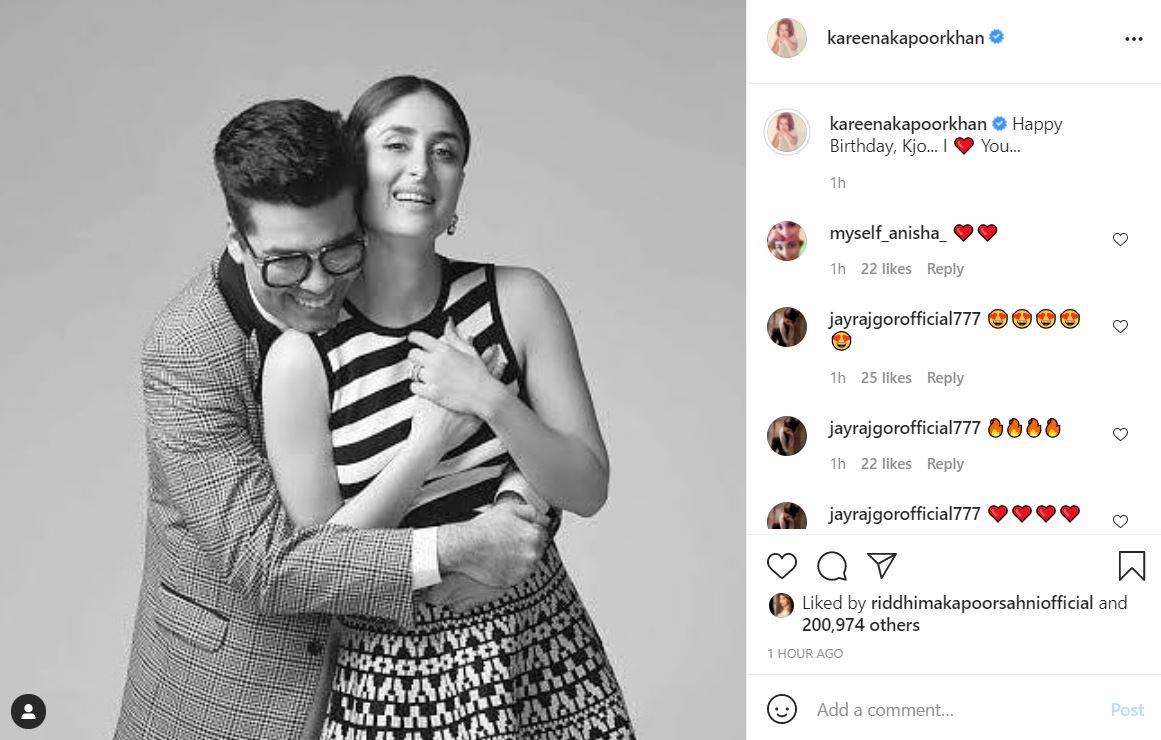 Bollywood actor Kareena Kapoor Khan, who has been a frequent collaborator with Karan in multiple hit films, shared a black and white photo on her Instagram handle to wish him on his special day. She captioned it as, "Happy Birthday, Kjo... I love You," she captioned the post.

Happy Birthday @karanjohar. Wishing you a year ahead filled with love & happiness! pic.twitter.com/qt734XOhig

Sanjay Dutt, who recently worked with Karan in 'Kalank', tweeted an old picture with him seemingly from the filmmaker's talk show 'Koffee with Karan' and wrote, "Happy Birthday @karanjohar Wishing you a year ahead filled with love & happiness!" 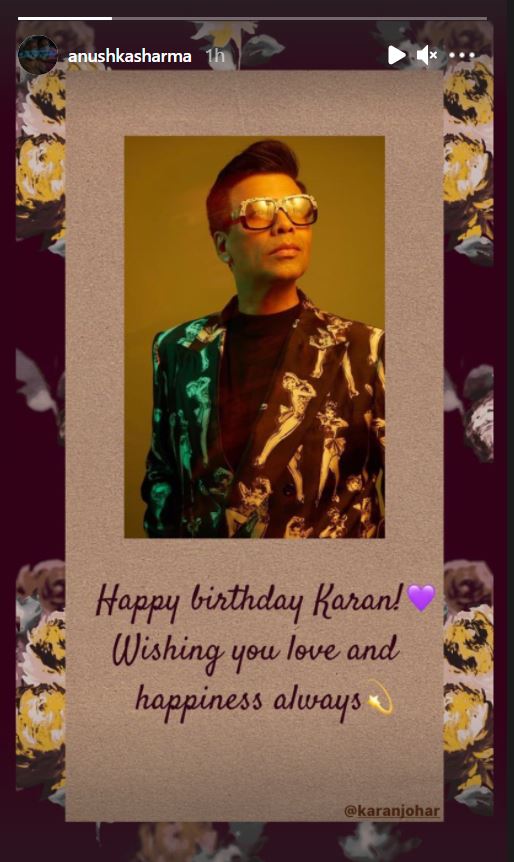 Anushka Sharma wished Karan by sharing an Instagram story with a photo of the 'My Name is Khan' director, along with which she wrote, "Happy Birthday Karan! Wishing you love and happiness always." 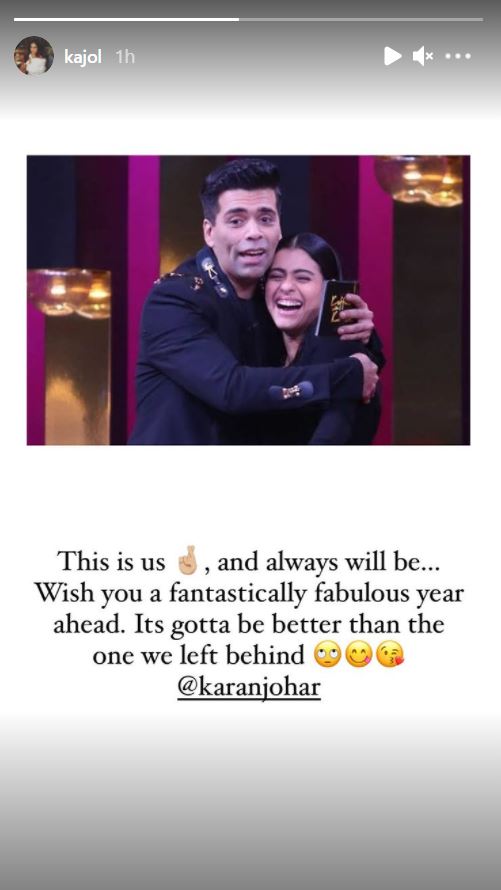 Kajol, who worked with Karan on his directorial debut 'Kuch Kuch Hota Hai', also wished him by sharing an Instagram story along with a photo of them. She wrote, 'This is us, and always will be... Wish you a fantastically fabulous year ahead. Its gotta be better than the one we left behind @karanjohar." 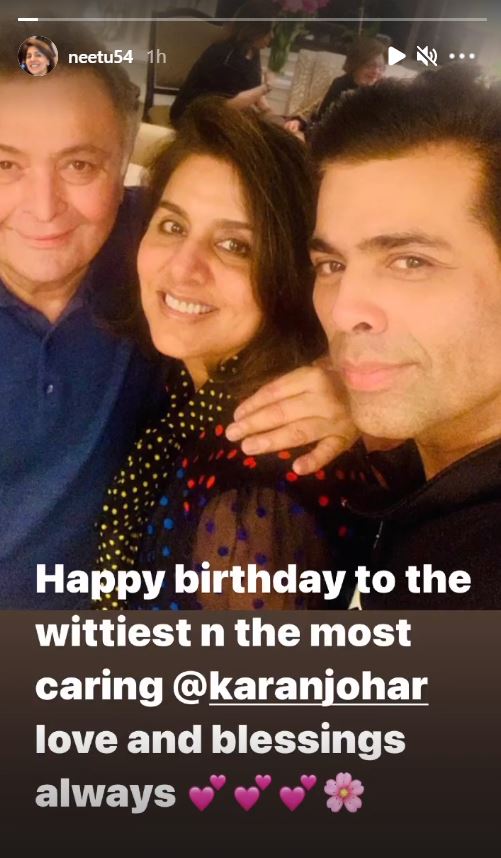 Veteran actor Neetu Kapoor wished KJo by sharing a photo of her with her late husband Rishi Kapoor and Karan. She wrote, "Happy birthday to the most wittiest n the most caring @karanjohar love and blessings always." 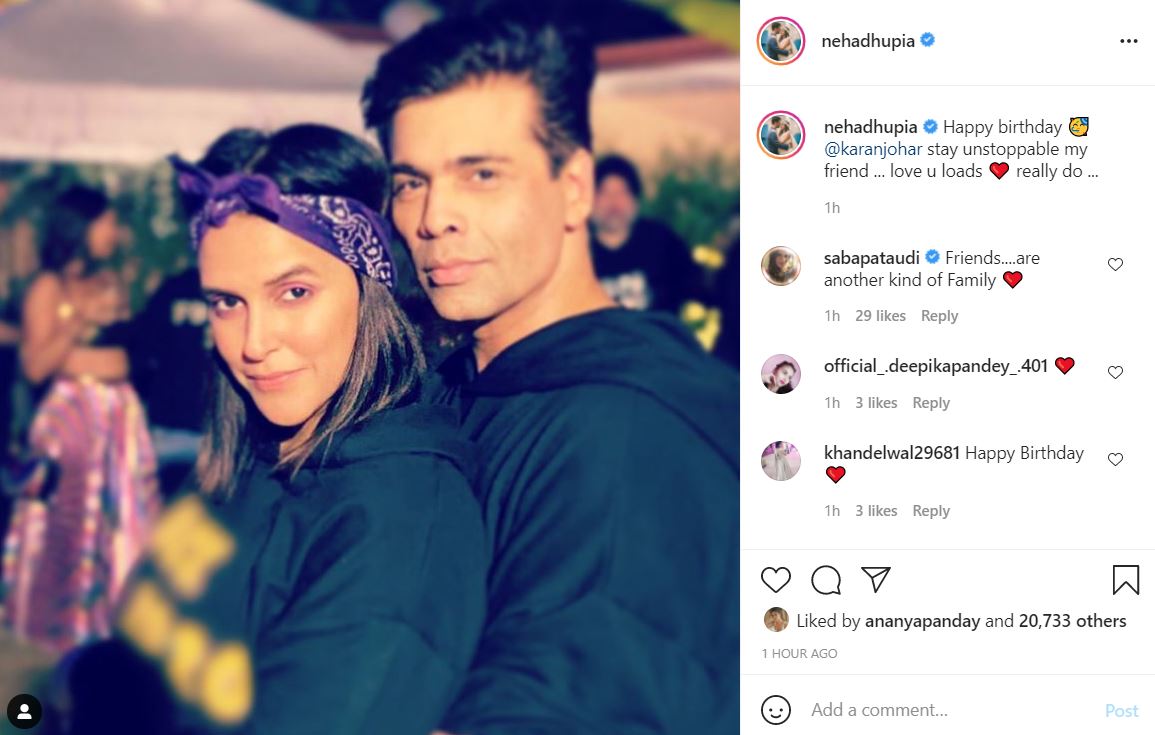 Neha Dhupia took to her Instagram and shared a photo with Karan, which she captioned as "Happy birthday @karanjohar stay unstoppable my friend ... love u loads really do ..." 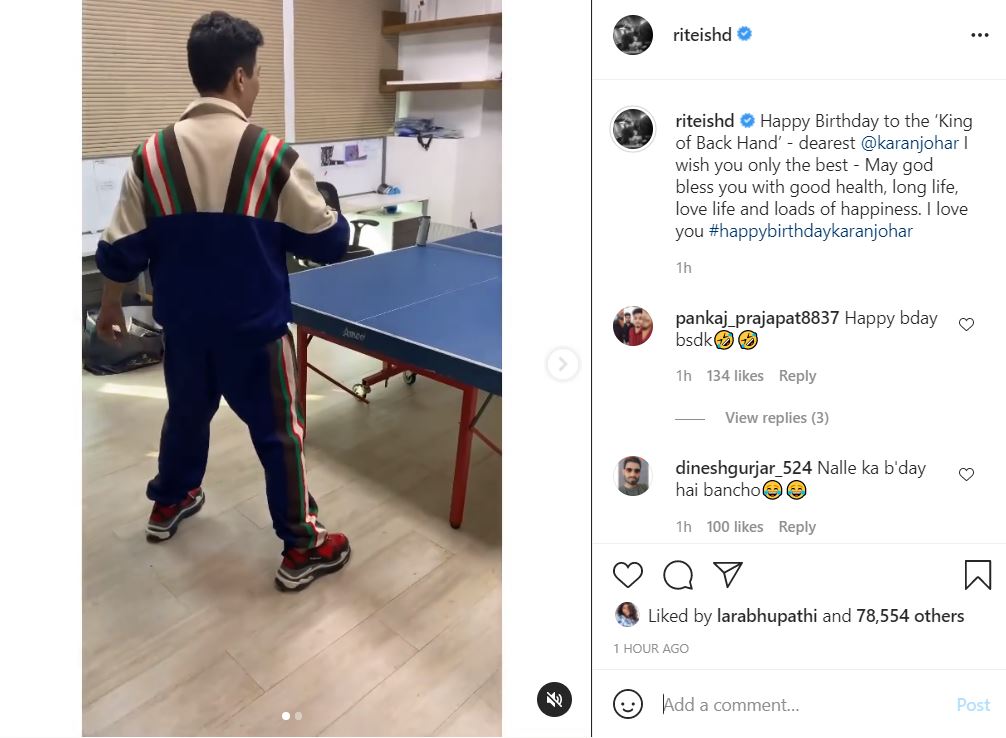 Riteish Deshmukh also wished the ace director by sharing a video of him in which Karan could be seen playing table tennis. In the caption, he wrote, "Happy Birthday to the 'King of Back Hand' - dearest @karanjohar I wish you only the best - May god bless you with good health, long life, love life and loads of happiness. I love you #happybirthdaykaranjohar."

Meanwhile, on the work front, Karan, in association with Cornerstone Agency, recently launched a collaborative space to promote budding talent. The new venture is called DCA. This move has now made Karan's Dharma Productions, the second Bollywood production house after Aditya's Yash Raj Films to have a talent management wing. (ANI)