CM Yogi Adityanath: UP Metro Corporation to be set up

The CM made the announcement while jointly inaugurating with Home Minister Rajnath Singh the maiden run of the Lucknow Metro in the presence of Union minister Hardeep Singh Puri and Govenor Ram Naik and other dignitaries.

"In place of separate metro corporations, we will constitute UP Metro Corporation to run metro services in the state," he said.

The corporation will also explore possibilities of mono rail services in some parts of the state.

The home minister, who is a Lok Sabha member from Lucknow, said in 2014 he came to know that Public Investment Board gave green signal to the metro services in his constituency.

"The smartness of Lucknow has increased after launch of metro services here and it has become a smart city," he said.

He said to ease traffic congestion in the state capital, the work on 104 km ring road has started and it would be completed in next two years. He also remembered former prime minister Atal Bihari Vajpayee for getting Shaheed Path constructed in the city.

"I devote this metro service to Vajpayeeji," he said.

Vajpayee represented Lucknow in the Lok Sabha in the past. 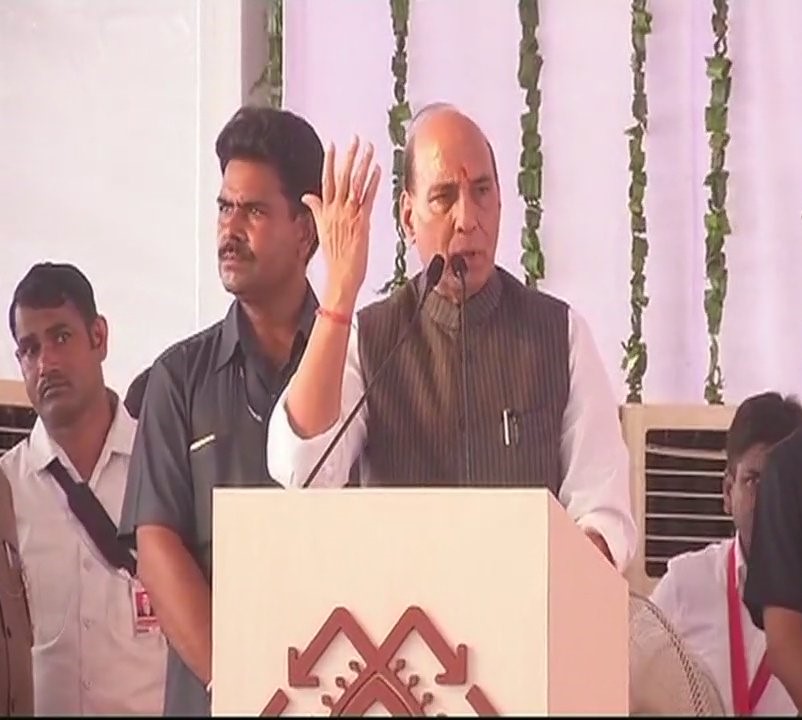 Elaborating initiatives to ease traffic congestion in the city, Rajnath said, "Four new flyovers will be constructed while a new entry will be opened at Charbagh railway station, where more tracks will be laid and two new platforms will also come up."

The public services of Lucknow metro will start from tomorrow.

The 8.5-km-long 'Priority Corridor' from Transport Nagar to Charbagh, which is part of the Phase 1 of the project, will be operational for the public from 6 am to 10 pm everyday. (PTI)

UP CM Yogi: Unnecessary importance being given to mob lynching

Adityanath orders probe into sale of 21 UP sugar mills