Congress to get new President on 19 October, know election schedule

If there are more than one nominations, the election will be held on 17 October. Read more on Dynamite News: 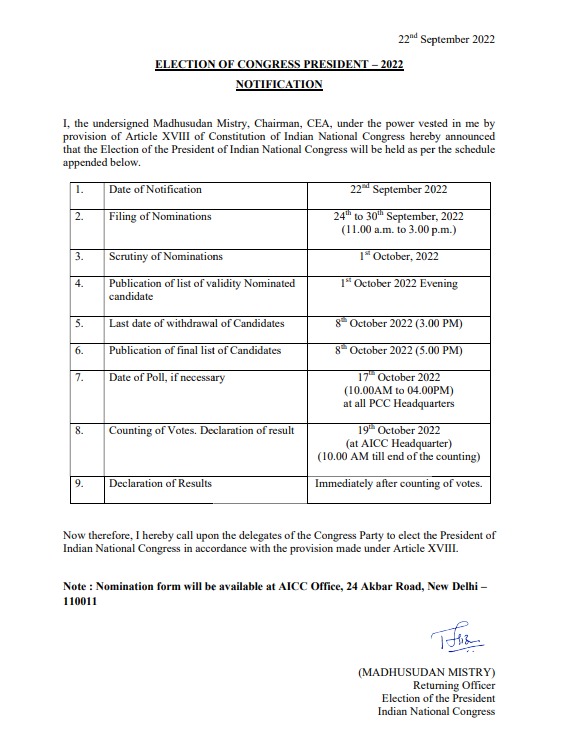 Tharoor had held a meeting with Congress' central election authority chairman Madhusudan Mistry and enquired about the electoral roll and procedure of filing nomination. Gehlot, who was called to Delhi, met Congress interim president Sonia Gandhi on Wednesday. Gehlot told reporters he would file nominations if he is asked by the party.

Gehlot also said that he will continue as the Rajasthan chief minister, sending indications that the 'one person, one post' policy may be altered for him if he gets the top post.

However Rahul Gandhi, who is on a Padyatra in Kerala, said on Thursday that decisions, including that of one-man, one-post, taken at the chintan shivir at Udaipur in Rajasthan earlier this year are expected to be followed. (with Agency inputs)