US President Donald Trump is likely to make a state visit to India towards the end of February.

Washington DC: US President Donald Trump is likely to make a state visit to India towards the end of February, a senior Indian official told ANI.

The official said that the dates of the visit are being worked out.

The source further added that Indian diplomat Taranjit Singh Sandhu's appointment as the new Ambassador of India to the US will be announced 'soon' in light of the possibility that Trump is likely to be visiting India in February-end.

Earlier on January 7, Modi told Trump in a telephonic conversation that ties between India and the US have grown from strength to strength. The Prime Minister also expressed his desire to continue to work with the US President for enhancing cooperation in all areas of mutual interest. 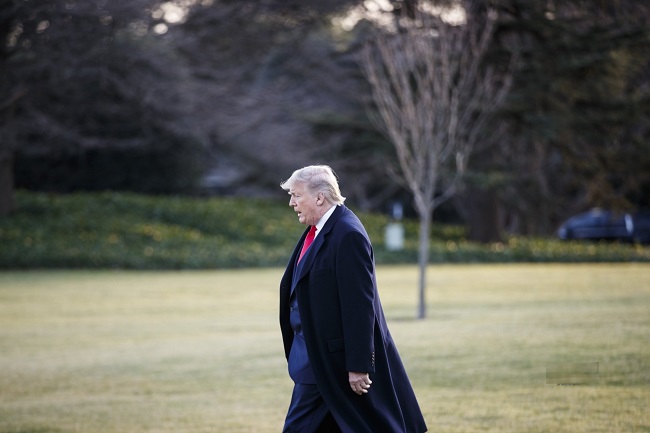 During the talks, Modi highlighted the significant progress made towards deepening the strategic partnership between the two countries in the previous year, the Prime Minister's Office (PMO) said in a statement.

Trump expressed satisfaction at the achievements in the relationship between the two countries in the last few years and reiterated his readiness for further deepening bilateral cooperation, according to the PMO.

The Prime Minister also extended New Year greetings to Trump, his family and the people of the US. On the other hand, Trump reciprocated the gesture and wished the people of India prosperity and progress in the New Year.

During the 'Howdy Modi' event in Houston in last September, Modi, who shared the dais with Trump, invited the latter and his family to visit India, saying it will give a new height to the shared dreams of the two countries.

The Indian invitation to Trump was reiterated last month by Defence Minister Rajnath Singh and External Affairs Minister S Jaishankar when they called on Trump at the White House after meeting with their American counterparts Mark Esper and Mike Pompeo during the 2+2 ministerial dialogue. (ANI)

Over 60 US Missiles Hit Syrian Targets