At least 12 have been killed across Bangladesh due to the cyclonic storm Fani, which is expected to stay over the country until 4 pm today.

Dhaka: At least 12 have been killed across Bangladesh due to the cyclonic storm Fani, which is expected to stay over the country until 4 pm today.

Speaking to The Daily Star, Shamsuddin Ahmed, the director of Bangladesh Meteorological Department said that the cyclone eye was located west of Dhaka on Saturday morning. Rains continue to lash regions across Bangladesh due to the cyclone, as the skies will remain overcast as per a Met bulletin. Furthermore, the cyclone is projected to move in a north-northeasterly direction further inland over Bangladesh.

Five people, including a two-year-old toddler, lost their lives due to the cyclone in Naokhali and Barguna on Saturday morning. This takes the total death toll to 12, ever since Fani made landfall in Bangladesh on Friday. 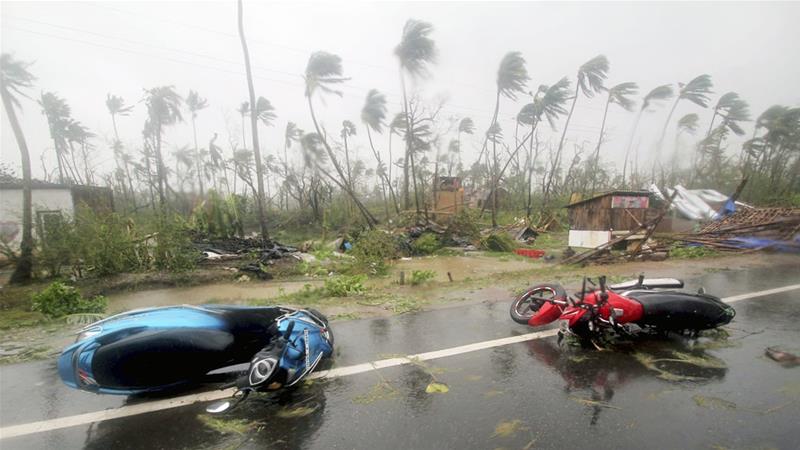 Meanwhile, the United Nations has undertaken efforts to protect the 1.2 million Rohingya in Bangladesh in the wake of the cyclonic storm. Around 4,071 centres in 19 districts across Bangladesh were prepared to take in 22,00,000 to 25,00,000 people on Friday as Bangladesh braced itself for Fani, which is said to be one of the worst cyclonic storms to hit the region in the last decade.

To counter cyclone Fani, around 56,000 members of Cyclone Preparedness Program (CPP), including the navy, police, coast guard, fire service, red crescent, scouts, local representatives, and the district administration were assigned on Friday, according to the authorities. 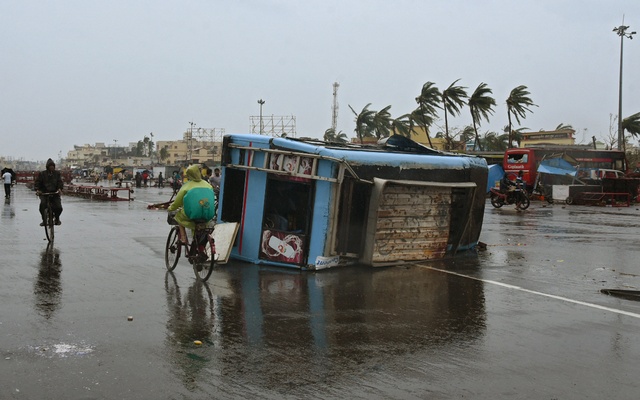 Meanwhile, cyclone Fani wreaked havoc in the Indian states of Odisha and West Bengal on Friday, leaving a trail of destruction in its wake. Three people have been killed until now in India while more than 160 have been wounded due to the severe storm, as restoration and rescue efforts are ongoing.(ANI)

IMD: Cyclone Fani to 'weaken further' in next 6 hours, lay centred over Bangladesh

Eastern Naval Command all geared up for cyclone 'Fani'

NEET 2019 exam postponed in Odisha due to cyclone 'Fani'