Union Home Minister Amit Shah on Sunday said that Modi government during its first term laid down the foundation in order to make India a USD 5 trillion economy. 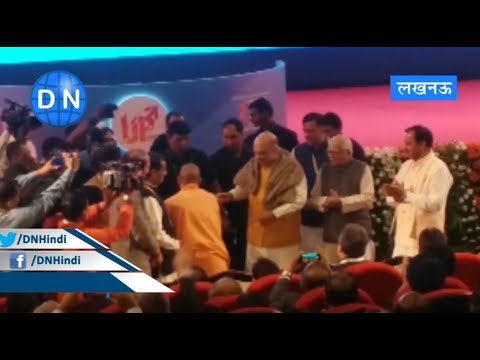 Lucknow: Union Home Minister Amit Shah on Sunday said that Modi government during its first term laid down the foundation in order to make India a USD 5 trillion economy.

"The PM (Narendra Modi) said India will be made a US$ 5 trillion economy. Remarks were made by people. But I'd like to say that between 2014-2019, the central government completed the work of laying down a foundation for this," said Shah, during UP Government's second groundbreaking ceremony of projects.

Finance Minister Nirmala Sitharaman, in her budget speech early this month, had announced that the government envisioned to make India a USD 5 trillion economy.

Also Read: GST rate on electric vehicles cut from 12 to 5 pc from Aug 1

"When Atal Bihari Vajpayee government lost in 2004, We were 11th largest economy in the world. Then UPA government took over and for 10 years there was no growth in the ranking," he said.

"But in the last five years, we jumped from 11th biggest economy to sixth-largest economy," he added.

He also praised UP Government under Chief Minister Yogi Adityanath for its development works.

"It is a matter of great pleasure and shock to me that in just three years Adityanath has contributed a lot for the development of the state," he added.

"At that time the only thought of Narendra Modi and me, as party president, was that someone who is determined and capable of hard work will adapt to all situations. So we handed over UP's future in hands of Yogi ji. That decision was proven right by him," he added. (ANI)

Article 370 LIVE: Read full notifications of Govt of India on Jammu and Kashmir