India and the US on Monday finalized signing of a new Space Situational Awareness arrangement forging the way to more advanced cooperation at 2+2 Ministerial Dialogue. Further details on Dynamite News:

Washington (US): India and the US on Monday finalized signing of a new Space Situational Awareness arrangement forging the way to more advanced cooperation at 2+2 Ministerial Dialogue.

Also Read: US Secretary of State and Foreign Minister Jaishankar review bilateral ties and situation in Ukraine on phone

Pentagon said in a statement said defence and foreign ministers of the two countries forged new and deeper cooperation across the breadth of the U.S.-India partnership, including defence, science and technology, trade, climate, public health, and people-to-people ties. 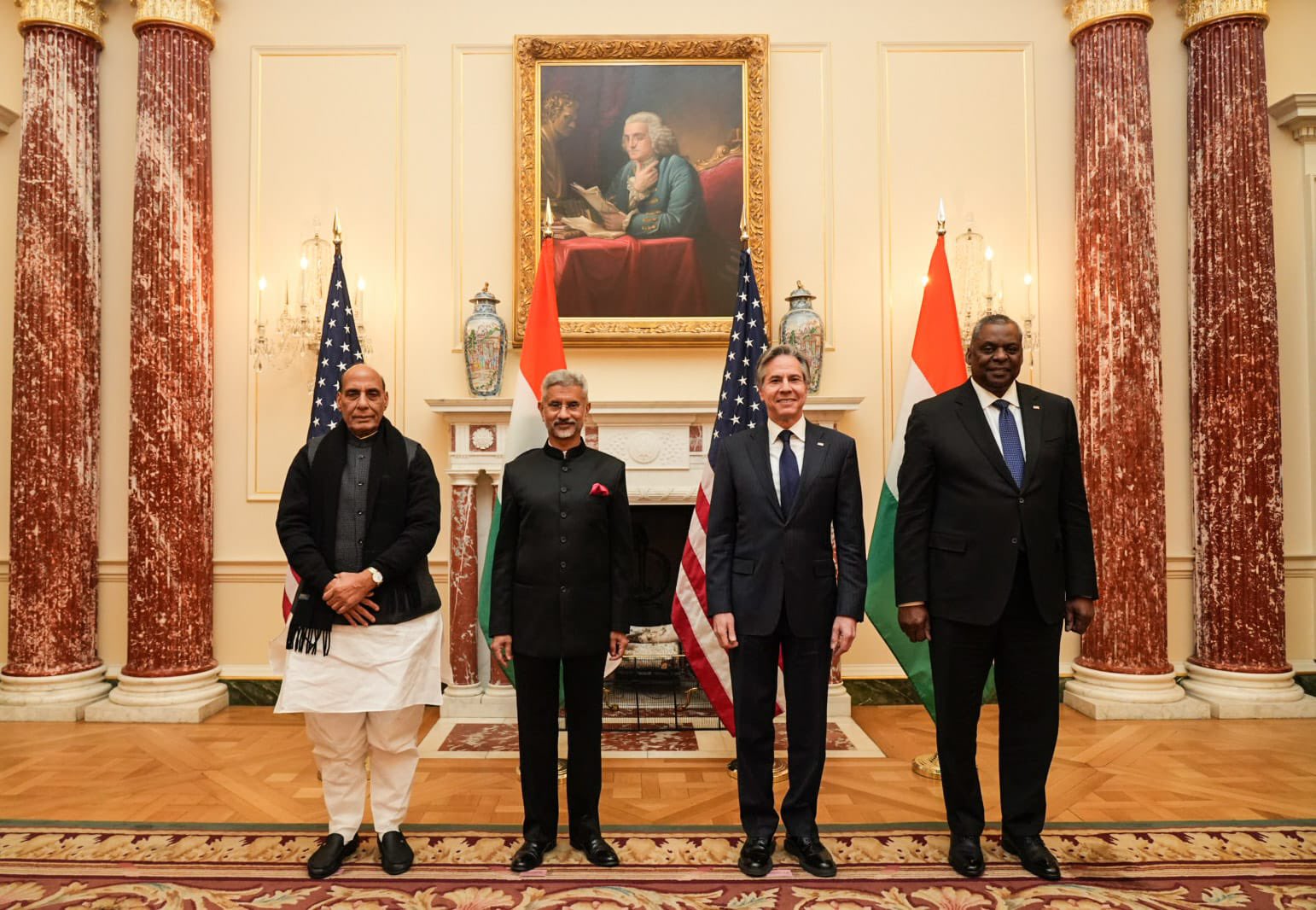 The US Department of Defence said Secretary Austin and his counterparts exchanged views on a range of regional security priorities--spanning the Indian Ocean region to East and Southeast Asia to Europe.

They agreed to maintain close consultations on the ongoing crisis in Ukraine, including on humanitarian assistance efforts, and echoed support for an independent investigation into the brutal violence deployed against civilians in Bucha. In support of India's leading role as a net security provider, the leaders discussed new opportunities to coordinate more closely together to ensure that the United States and India's shared vision for a free and open Indo-Pacific region continues to thrive.

As the Indian military emerges as a more jointly integrated force, the 2+2 Ministerial advanced initiatives that will allow the U.S. and Indian militaries to work more seamlessly together across all domains of potential conflict--from the seas to cyberspace.

Also Read: If India has chosen side, it is side of peace- Jaishankar on Ukraine

"The four leaders committed to deepening cooperation in new defense domains, such as space and cyberspace, as the U.S. and Indian militaries jointly meet the challenges of this century. The United States and India signed a Space Situational Awareness arrangement, which lays the groundwork for more advanced cooperation in space. They also agreed to launch an inaugural Defense Artificial Intelligence Dialogue, while expanding joint cyber training and exercises," Pentagon said.

The leaders discussed ways to coordinate more closely with like-minded nations--including Australia, Japan, and European partners--to ensure that our shared principles of the rule of law, freedom of the seas, and respect for the territorial integrity of sovereign states prevail today and far into the future.

"Today's 2+2 Ministerial reaffirmed that the United States and India will continue stand shoulder-to-shoulder, rooted in common democratic values, as two pillars of a free and open Indo-Pacific," the statement added. (ANI)

The Lion King' opens to mild response in India

Top 10 News Stories of the day: National, International and Lockdown 2

Rupee falls by 17 paise against US dollar in early trade

President Trump to push for India's Membership to APEC