India and the US on Wednesday acknowledged there were issues between the two countries on trade and committed themselves to removing diffferences between them.

New Delhi: India and the US on Wednesday acknowledged there were issues between the two countries on trade and committed themselves to removing diffferences between them.

Speaking to the media after talks with the visiting US Secretary of State Mike Pompeo, External Affairs Minister S. Jaishankar said both the countries should take "constructive and pragmatic view" on the issues pertaining to trade between them.

"On outstanding issues, particularly relating to trade, that we take a constructive and pragmatic view of that. It is natural that when you have trade, then there will be trade issues. The real test of our intention is our ability to address them effectively." he said.

India had imposed retaliatory tariffs on 25 American goods, less than two weeks after US President Donald Trump announced an end to preferential trade treatment for India over the trade barriers. 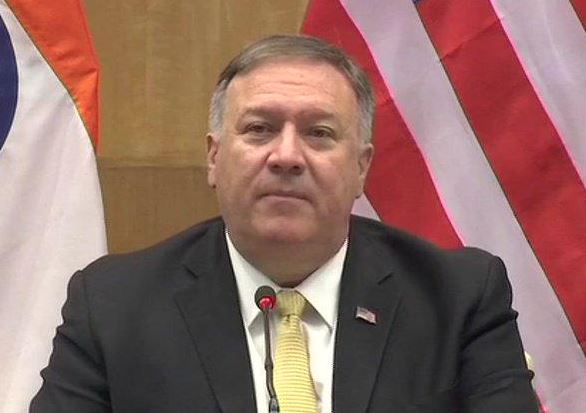 Last year, India had announced tariffs in retaliation to higher US import duties on steel and aluminium.Asserting that great friends are bound to have disagreements, Pompeo, in his remarks, said that Washington and New Delhi need to solve trade issues as there are millions of opportunity before the two countries.

"Great friends are bound to have disagreements and the US has been quite clear with its demand of greater market access and today I addressed these differences in the spirit of friendship to remove trade barriers and open economy. The two countries will be able to see a good outcome for each other,"

"I've never found a partner, ally, no matter how close, where we didn't have places where we've to work through things. We have endeavoured to make sure that our countries can provide security for ourselves, want India to be able to do that too," he added. 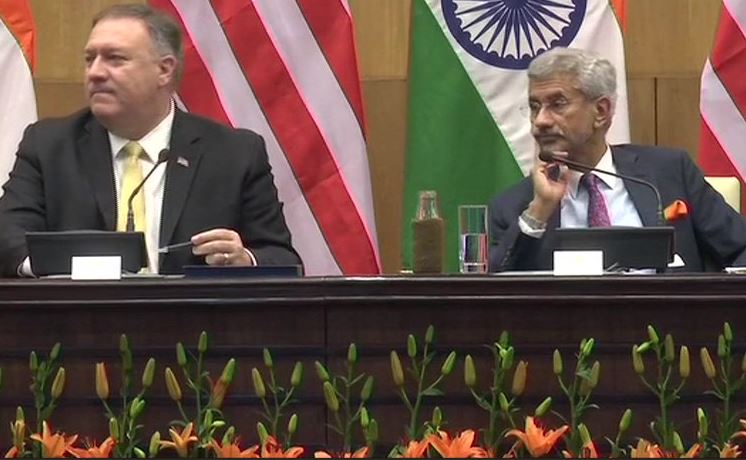 The two leaders discussed a host of issues including terrorism and the Asia Pacific during lunch hosted by Jaishankar for his counterpart.

"We discussed a number of bilateral and global issues, on terrorism, I took the opportunity to express our appreciation for the strong support that we have received from the Trump administration, what we say is really zero tolerance for cross border terrorism," Jaishankar said.

In a veiled reference to China on Indo-Pacific issues, the Indian minister said said that India is not working against any country but looking for peace, security, stability, and prosperity."Indo-Pacific is not against something but for somebody. That something is peace, security, stability and prosperity we are really looking."

Pompeo also reiterated that India and the US have solidified their common vision for free and open Indo-Pacific. We have grown cooperation in energy, space and other areas." The meeting between Jaishankar and Pompeo, the first high-level engagement between India and the US after Prime Minister Narendra Modi's reelection, was also to the stage for the meeting between Modi and US President Donald Trump on the sidelines of G-20 Summit in Osaka later this week. (ANI)