Delhi Capitals lost to Rajasthan Royals by 15 runs here at the Wankhede Stadium and skipper Rishabh Pant believes that his side was undone because of an on-field umpires' error in judgement. Full story on Dynamite News:

Mumbai (Maharashtra): Delhi Capitals lost to Rajasthan Royals by 15 runs here at the Wankhede Stadium and skipper Rishabh Pant believes that his side was undone because of an on-field umpires' error in judgement.

With 36 runs needed in the last six balls for Delhi Capitals, Rovman Powell hit six of the first two balls of the over to left-arm pacer Obed McCoy. In the third ball, he again hit a full toss ball for a maximum and that full toss according to Delhi Capitals captain Rishabh Pant and team management was a no-ball.

But the on-field umpire did not give a no-ball and even refused to consult the third umpire hence Pant threatened to forfeit the match and asked both Powell and Kuldeep Yadav to come out of the field.

"I thought the no-ball could have been precious for us. I thought we could have checked that no-ball, but it's not in my control. Yes, disappointed, but can't do much about it. Everyone was frustrated because it was not even close, so I thought it was only a no-ball. Everyone on the ground saw that. I think the third umpire should have intervened in between and said it was a no-ball, but I can't change the rule myself I guess, " said Delhi Capitals captain Rishabh Pant in the post-match presentation ceremony. 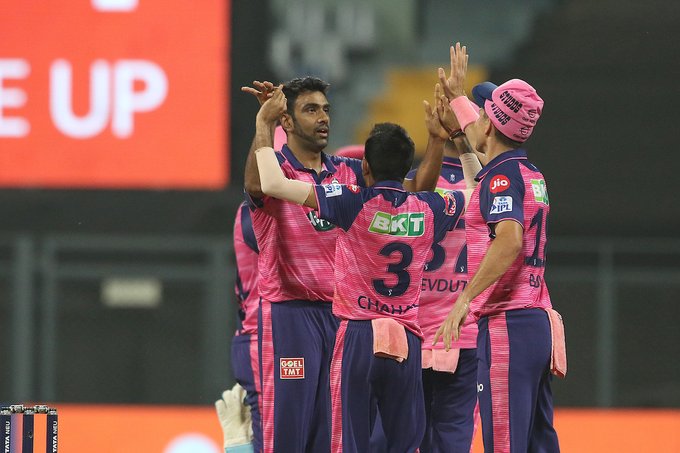 Assistant coach Praveen Amre entered the field to request umpires to go to the third umpire but the on-field umpires Nitin Menon and Nikhil Patwardhan did not budge.

"Obviously it wasn't right, but what happened with us was also not right. It was just the heat of the moment, can't do much about it. I think it was the fault of both the sides, not even only for us because throughout the tournament we have seen some good umpiring. I thought we could have done pretty well from there I guess.

It hurts more when you go so close, especially in a match when the other team has scored 220 runs, but I feel we could have bowled a little better. It's part and parcel of the game. I can only tell them to have their chin up and prepare for the next one right now, " said Rishabh Pant on Pravin Amre going onto the field.

This was Delhi Capitals' fourth defeat in seven matches and they are now in sixth place in the IPL points table. Rajasthan Royals have won their fifth match out of seven and they have now gone to the top of the table. (ANI)