Advocate Abhishek Manu Singhvi, representing Congress and NCP, on Monday told the Supreme Court that the letter of support by NCP legislators to form a government with BJP was "not signed and did not have a covering letter."

New Delhi: Advocate Abhishek Manu Singhvi, representing Congress and NCP, on Monday told the Supreme Court that the letter of support by NCP legislators to form a government with BJP was "not signed and did not have a covering letter."

"What BJP alliance has shown to Court are signatures of 54 NCP MLAs electing Ajit Pawar as legislative party leader. They were not signed in support for joining BJP alliance to form a government. NCP's support to Ajit Pawar was without any covering letter. How can the Governor turn a blind eye to this," Singhvi told the apex court.

On the directions of the apex court, Solicitor General Tushar Mehta earlier today handed over the original letter of the Governor inviting BJP leader Devendra Fadnavis to form a government. 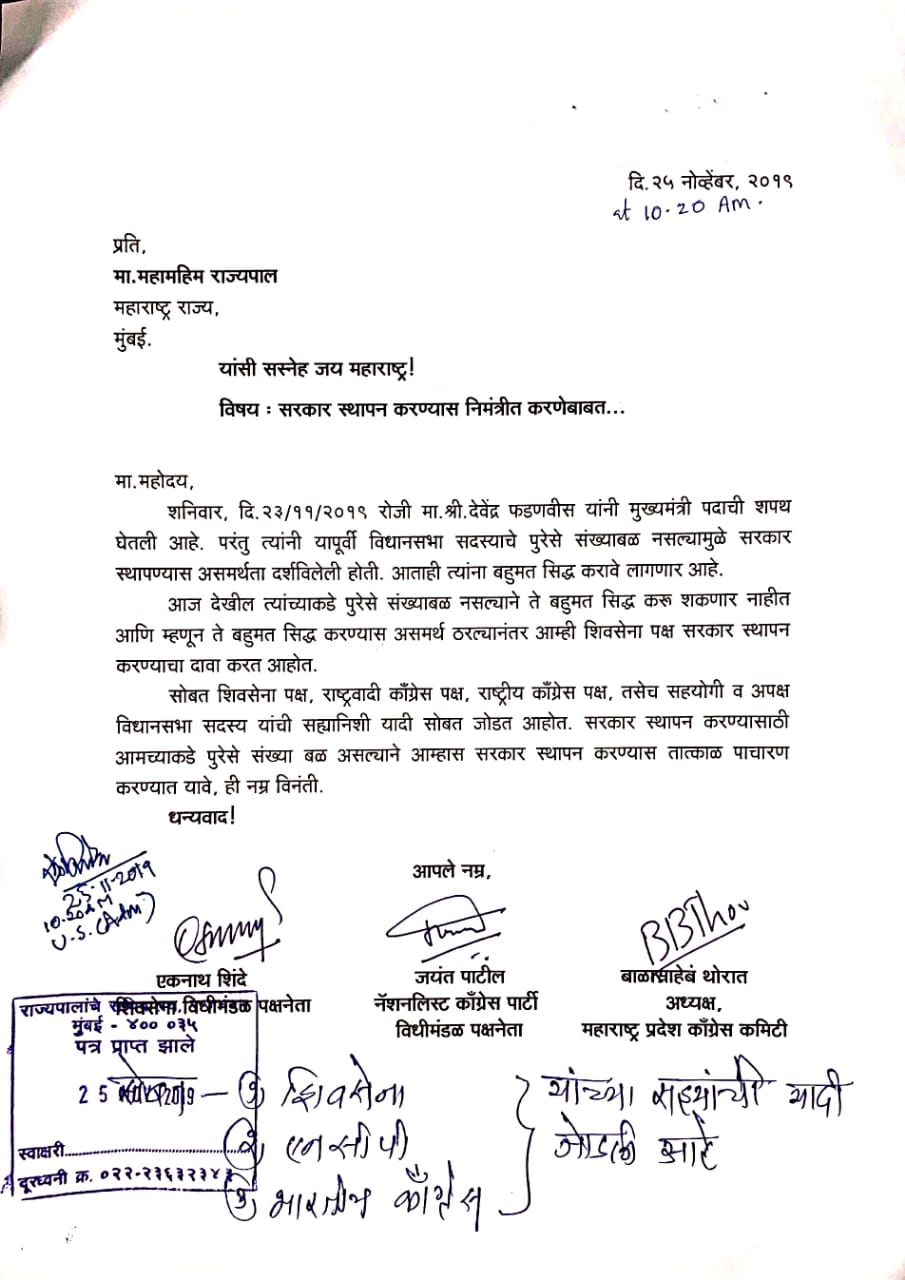 This came after BJP formed the government on Saturday morning when Devendra Fadnavis took oath for the second consecutive term as the state Chief Minister, with NCP's Ajit Pawar as his Deputy Chief Minister.

Demanding floor test to be conducted, Singhvi said, "When both the groups are open for a floor test. Why should there be a delay? This was the fraud committed on democracy."

He added, "I am so happy to lose on the floor test today, please defeat me, but they [BJP alliance] does not want it."

He also placed on record affidavits signed by 154 MLAs to show their support to Shiv Sena, NCP, and Congress alliance. The apex court, however, refused to accept it.

A bench of Justices N V Ramana, Ashok Bhushan, and Sanjiv Khanna was hearing a petition filed by Shiv Sena, NCP, and Congress against the decision taken by the Maharastra Governor Bhagat Singh Koshyari to invite BJP and NCP to form the government in the state.