Law Minister Ravi Shankar Prasad on Friday demanded that Samajwadi Party (SP) MP Mohammad Azam Khan, who had made objectionable remarks against BJP MP Rama Devi, should apologise for his remarks or be suspended from the House as members from across the political spectrum demanded strict action against him.


New Delhi: Law Minister Ravi Shankar Prasad on Friday demanded that Samajwadi Party (SP) MP Mohammad Azam Khan, who had made objectionable remarks against BJP MP Rama Devi, should apologise for his remarks or be suspended from the House as members from across the political spectrum demanded strict action against him.

The issue was raised in the Zero Hour by BJP MP Sanghamitra Maurya who said that what happened in the House on Friday was undignified and said Azam Khan has to come to the House and apologize.

Lok Sabha Speaker Om Birla on Azam Khan: I will call a meeting of leaders of all parties and then take a decision on this issue pic.twitter.com/Uel4VSaWck

Women and Child Development Minister Smriti Irani said she had never heard such comments in her legislative career.

"The issue is not about women. The entire House was insulted. This is a blot on all legislators including men," she said.

BJP MP Smriti Irani: The entire nation watched yesterday what happened. This House passed the Sexual Harassment of Women at Workplace Bill. I appeal to all to speak in one voice- You cannot misbehave with a woman and get away with it by just dramatizing it. https://t.co/nTWlGR6B6q

She added that members enjoy privilege in the house and if such an incident would have taken place outside then the women would have lodged a police complaint.

Irani said the Parliament had passed a law against sexual harassment at workplace. "We cannot be mute spectators," she said.

She appealed to the entire House to leave aside political differences and send a message that "you cannot misbehave with a woman". 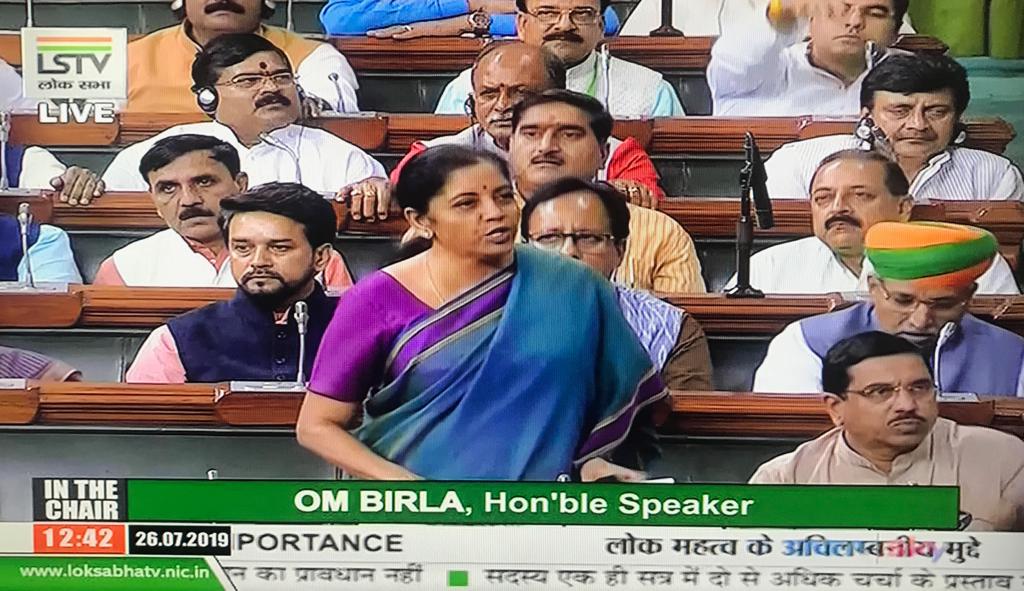 Prasad said Khan should apologise or be should be suspended from the House.

Leader of Congress in Lok Sabha, Adhir Ranjan Chowdhury on Azam Khan: Congress party is against disrespect of women. There have been incidents when Sonia Gandhi Ji was called 'Italy ki katputli' etc. in the Parliament. pic.twitter.com/rE4e7aWUxT

Congress member Adhir Ranjan Chowdhury said the issue should be referred to the ethics or privileges committee of the House.

Azam Khan, on Thursday, made objectionable remarks against BJP member Rama Devi, who was presiding over the House as BJP members sought an apology from him.

Khan did not apologise and said he will resign if he had said anything unparliamentary. He also staged a walkout along with his party chief Akhilesh Yadav, who defended his remarks.

The uproar began soon after Azam Khan started his speech on the Triple Talaq Bill and sought to take a dig at remarks made by union minister Mukhtar Abbas Naqvi.

Rama Devi asked him to speak looking at the Chair and address the House through the presiding officer.  Azam Khan made remarks that were perceived to be sexist by the treasury benches and they strongly objected, Khan said she was very respected and was like a sister to her. (ANI)