New Delhi: With the official count in the Lok Sabha elections over on Friday, the BJP has secured 303 seats, which is 22 more than it got in the 2014 elections and along with its allies the NDA took its tally up to 351 in the 17th Lok Sabha.

The biggest chunk of the BJP contingent will come from UP where the party secured 62 seats overcoming a formidable challenge of the grand alliance of SP-BSP-RLD combine.

Also Read: BJP, ally maintain lead over rivals in UP

The party, which had swept the 2014 elections garnering 71 seats, was expected to lose considerably but the BJP proved its detractors wrong by virtually repeating its performance now. The party lost only nine seats now, which it has made up for handsomely by winning an impressive 18 seats in West Bengal and 8 in Odisha. 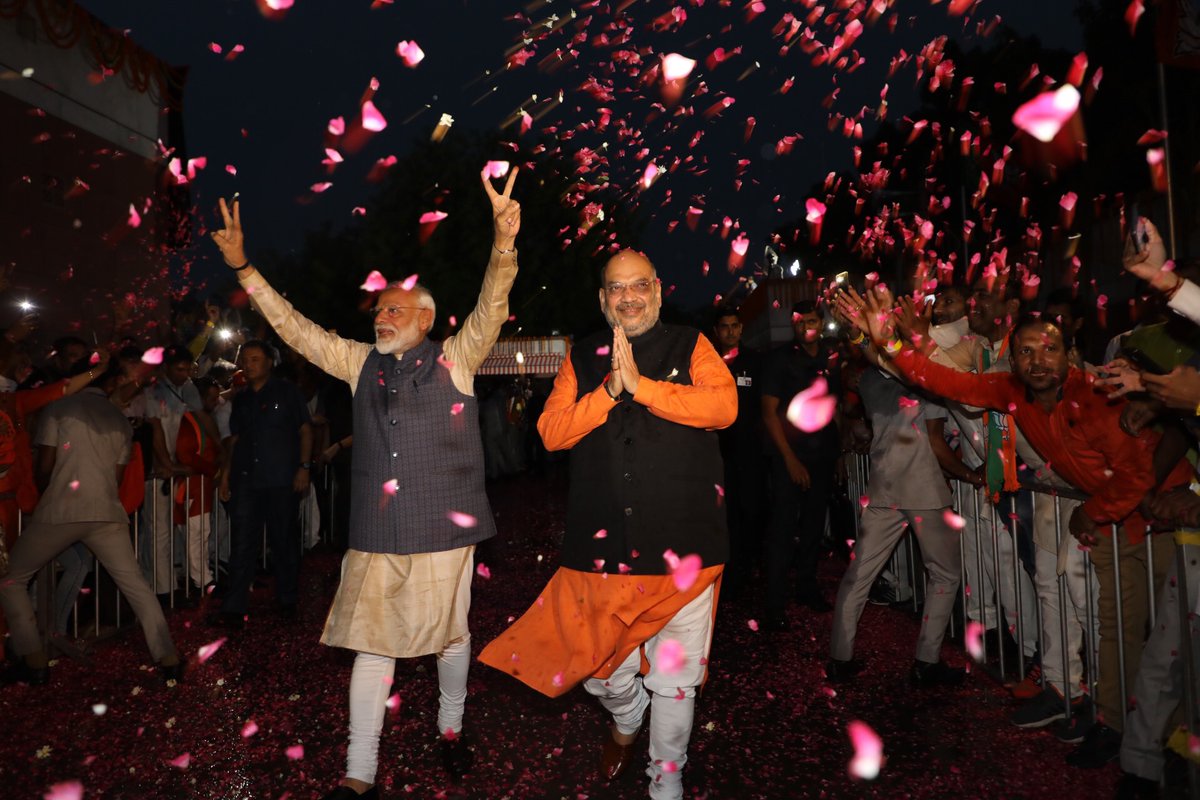 The NDA complement of 352 comprises 303 of BJP, 18 of Shiv Sena, 16 of JD(U), 6 of Lok Janshakti Party, 2 each of Akali Dal and Apna Dal and 1 each of All Jharkhand Students Union, Loktantrik Party, Mizo National Front and National People's Party and one independent backed by the BJP in Karnataka.

On the other hand, the Congress won 52 seats, eight more than what it had in the outgoing Lok Sabha polls. The UPA-led by Congress has secured a total of 87 seats. The UPA comprises of 52 of Congress, DMK 23, NCP 5, IUML 3, and one each of RSP, KC (M), JMM and VCK. 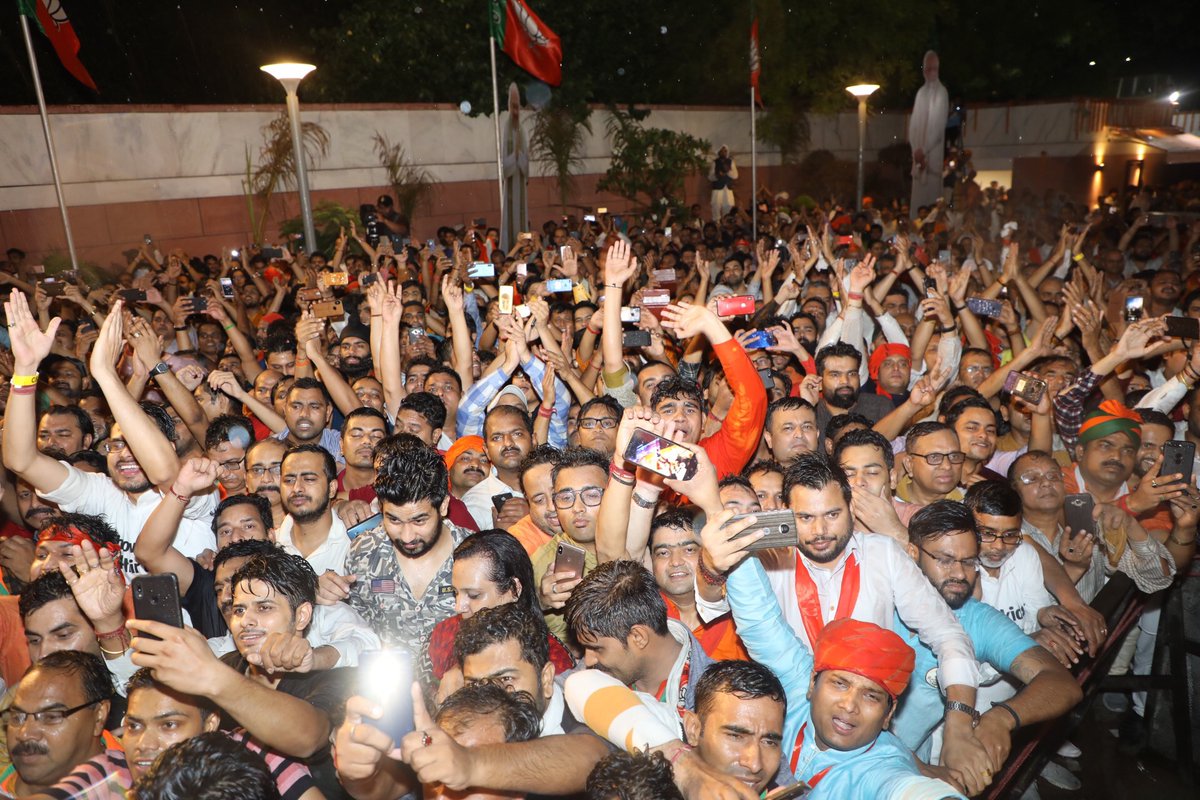 BJP's grand show was witnessed in several states where the party had managed to get a clean swipe, including 26 seats in Gujarat, Rajasthan 25, Haryana 10, NCT of Delhi 7, Uttarakhand 5, Himachal Pradesh 4, Tripura and Arunachal Pradesh 2 each. (ANI)

Amit Shah: Previous Govt. was so ineffective that no one knew who was PM