Reiterating on the same, Kumar said it is shameful if even one such incident of violence against Dalits or weaker sections take place in today's time.

New Delhi: Opposition presidential candidate Meira Kumar on Tuesday categorically stated that there should not be one upmanship on caste for the post of President.

"I don't think the caste identification should play a room," Kumar said while addressing a press conference here.

Reiterating on the same, Kumar said it is shameful if even one such incident of violence against Dalits or weaker sections take place in today's time.

"I will want that the bundle of casteism should be dumped," she said.

"I will face presidential polls on the plank of democratic values, inclusiveness, end of poverty, destruction of caste structure," she added.

Speaking on the emergence of two factions, each supporting the two presidential candidates, Kumar said that 17 political parties have extended their support to her. 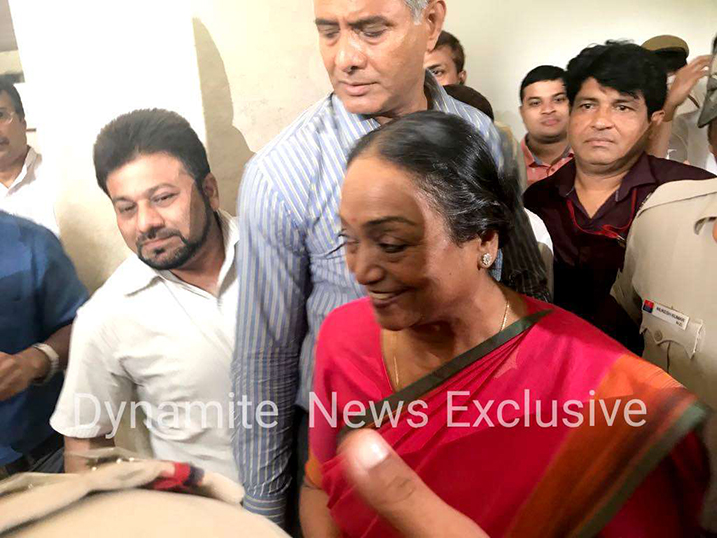 "I have written to the collegium of MPs and MLAs and asked for their support. I have requested them to listen to the inner voice of conscience," she said.

Responding to a poser on Janata Dal (United) supporting NDA presidential candidate Ramnath Kovind, Kumar said, "Such things happen in politics. I will decide what to do at the right time."

Kumar said that she will start her presidential campaign from Gujarat's Sabarmati Ashram.

Kumar has been pitted against Kovind by the opposition.

The presidential elections are set to take place on July 17. (ANI)