NDA's presidential candidate Ramnath Kovind will visit Uttar Pradesh to seek support from members of both the Houses of the state where preparation is on for smooth conduct of voting.

Lucknow: The NDA's presidential nominee Ram Nath Kovind will visit Uttar Pradesh tomorrow to seek support from members of both the Houses of the state where preparation is on for smooth conduct of voting, slated for July 17.

Kovind's visit to Uttar Pradesh, which has the highest value of each vote in the presidential election, is part of his nation-wide tour during which he will talk to members of the electoral college that votes for the new president.

The electoral college includes elected members of the Lok Sabha, the Rajya Sabha, states, union territories and the NCT region of Delhi.

"All necessary steps are being taken to make foolproof arrangement before the presidential election," a senior official of the Uttar Pradesh Assembly said.

It would be the first time, a special pen and ink would be brought to Lucknow from Delhi to be used by voters to mark their preference of candidates. 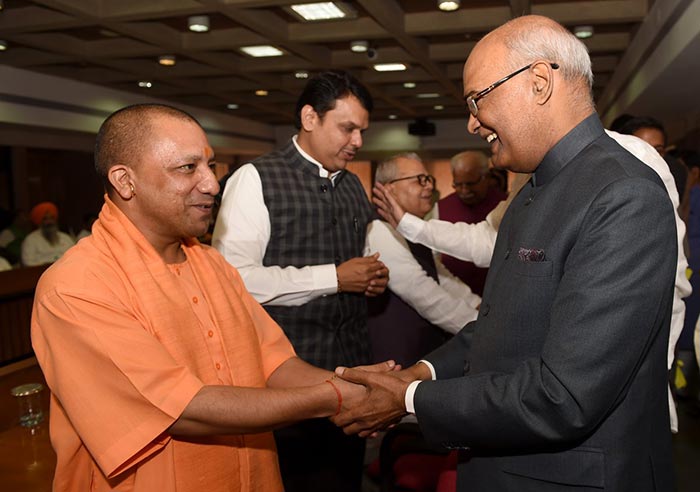 For presidential elections, votes are marked in a preferential order which is then counted to declare the winner.

Kovind's programmes in the state tomorrow is yet to be finalised, sources said, adding he would be meeting MPs , MLAs of the BJP, its allies as also leaders of other political parties.

He is likely to go to Uttarakhand from here, they said.

Since the NDA's presidential pick hails from Kanpur Dehat district of the state, Chief Minister Yogi Adityanath has said it is an honour that the son of Uttar Pradesh would be occupying the presidential office.