Pakistan Prime Minister Imran Khan may have a chance to talk to US President Donald Trump twice later this month during his visit to New York to attend his first UNGA session.


Islamabad: Pakistan Prime Minister Imran Khan may have a chance to talk to US President Donald Trump twice later this month during his visit to New York to attend his first UNGA session, according to a media report.

According to Khan's schedule, the two leaders will first talk at a lunch and then interact at a high tea, Geo News reported.

The prime minister's schedule of meetings during his stay in the States has been finalised, the report said.

Khan will arrive in New York on September 21 to attend the 74th session of the UN General Assembly. He will address the UNGA on September 27.

It would be his first UNGA session since he assumed office in August 2018. 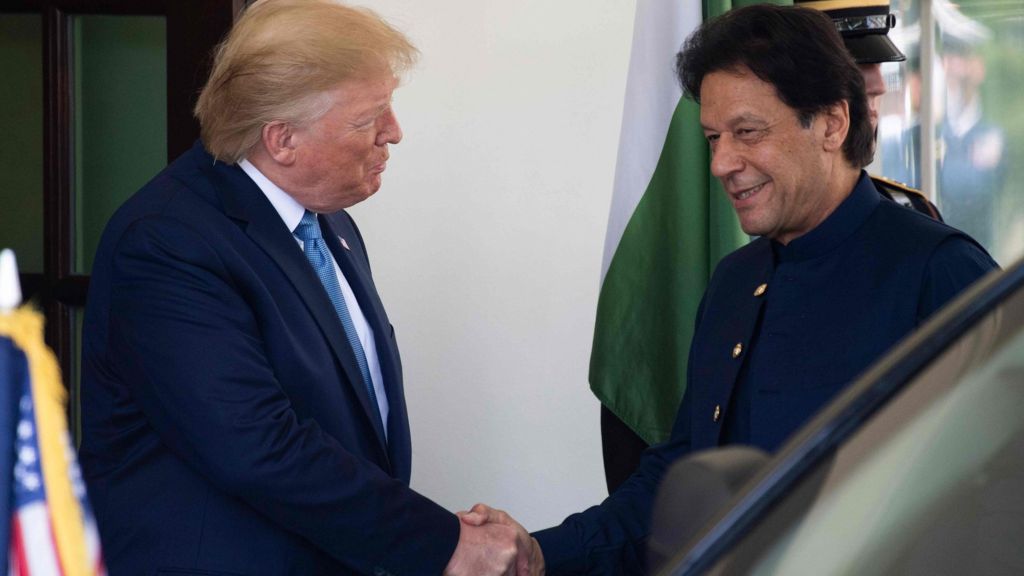 He is also scheduled to hold talks with world leaders and apprise them about the tense situation in Kashmir after India revoked the region's special status on August 5.

This would be Khan's second visit to the US.

In July, PM Khan held a one-on-one meeting with Trump during which he offered to be the "mediator" between India and Pakistan on the Kashmir issue.

Trump, who is known to make inaccurate statements, had claimed that Prime Minister Narendra Modi had asked him to mediate on the issue.

However, the Indian government had denied President Trump's astonishing claim that Modi had asked him to mediate.

Tensions between India and Pakistan spiked after India abrogated provisions of Article 370 of the Constitution to withdraw Jammu and Kashmir's special status and bifurcated it into two Union Territories, evoking strong reactions from Pakistan.

India has categorically told the international community that the scrapping of Article 370 was an internal matter and also advised Pakistan to accept the reality. (PTI)