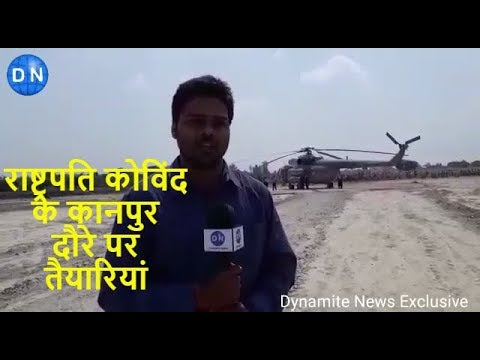 Kanpur: President Ram Nath Kovind will arrive here on September 15 on his first visit to Uttar Pradesh after assuming the high office, during which he will participate in a 'Swachhta hi Sewa' programme.

"He will launch the 'Swachhta hi Sewa' (Cleanliness is Service) programme from the village and honour five people who played a major role in making Ishwariganj an open-defecation free village," he said.

However, there was no word on whether Kovind will visit his ancestral Paraunkh village in adjoining Kanpur Dehat district.

Also Read: Ramnath Kovind: Have no political affiliation, President is above politics

The president will inaugurate a Solid-Liquid Waste Management Scheme here and distribute among safai workers tri-cycles meant for carrying garbage.

BJP leader Surendra Maithani said, "After becoming the president, this is his first visit to Kanpur. The entire city is being decorated with flowers."

Maithani said that the president would also visit the residence of RSS leader Ishwar Chandra Gupta in Tilak Nagar area of the city.

The district magistrate said elaborate security measures were being taken in view of the high-profile visit.

President Kovind, wife board special train for his native place in UP's Kanpur