Prime Minister Narendra Modi's visit assumes significance as India and the Netherlands are celebrating 70 years of the establishment of diplomatic relations this year.

Hague: Prime Minister Narendra Modi will visit the Netherlands on June 27, 2017 on a working visit. The visit assumes significance as India and the Netherlands are celebrating 70 years of the establishment of diplomatic relations this year. Netherlands Foreign Minister Bert Koenders visited India in May in preparation for the Prime Minister's visit.

Prime Minister Modi will meet the Dutch Prime Minister H.E. Mark Rutte and hold official talks with him. He is also expected to call on the King of the Netherlands, said Asha Antony, Second Secretary (Political and Information) in Indian Embassy at the Hague in a press release.

Bilateral ties between the two countries are warm and friendly, anchored by strong economic and commercial relations. The visit is expected to significantly boost bilateral cooperation in all its aspects, especially trade, commerce and investment. 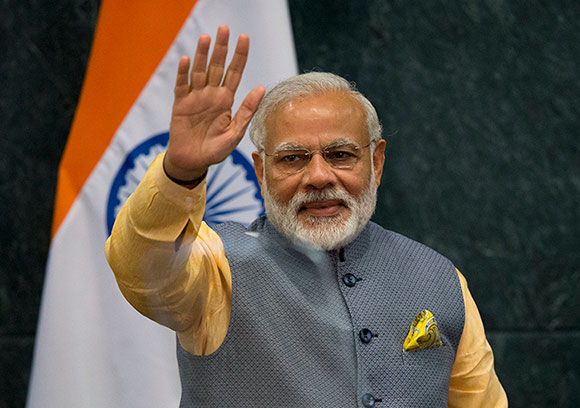 Modi's visit will boost economic relations with the Netherlands, which is the leading foreign investor in India.

"A large number of Dutch companies are active in India. A significant number of Indian companies are based in The Netherlands, so we look forward to boosting economic corporation and relations, bilateral trade and relations, and also cooperation in other areas too," External Affairs Ministry spokesperson Gopal Baglay said. (ANI)

Impossible to come to Houston and not talk energy!: PM Modi on 'fruitful' meeting with energy sector CEOs