Congress President Rahul Gandhi Friday courted arrest after staging a protest outside the CBI headquarters here against the move to divest CBI Director Alok Verma of his powers and send him on leave.

New Delhi: Congress President Rahul Gandhi Friday courted arrest after staging a protest outside the CBI headquarters here against the move to divest CBI Director Alok Verma of his powers and send him on leave.

Earlier addressing the gathering Gandhi attacked Prime Minister Narendra Modi over the issue. He also accused him of destroying institutions including the CBI, the Election Commission and the Enforcement Directorate. 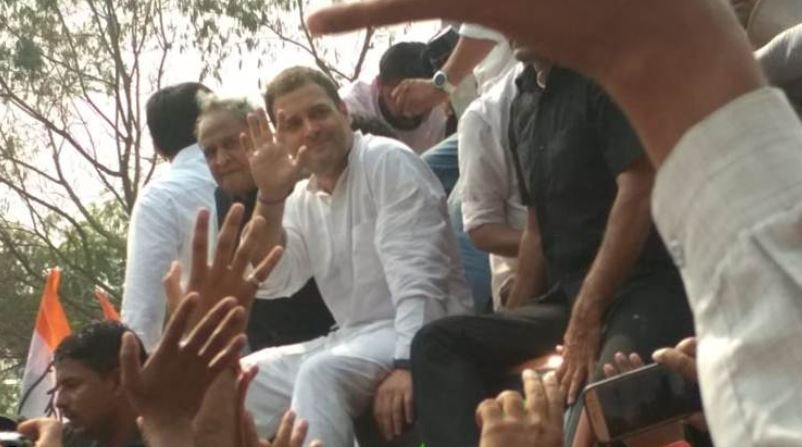 Senior Congress leaders, including Ashok Gehlot, Ahmed Patel, Motilal Vora, Veerappa Moily and Anand Sharma, took part in the march that culminated in a demonstration ahead of the CBI headquarters.

Brazen attempts to interfere, infiltrate or capture institutions will be banished.

People of India will now remind u in 2019 that bad Governments come with an expiry date!#ModiSeCBIBachao

Loktantrik Janata Dal leader Sharad Yadav, CPI leader D Raja and TMC's Nadimul Haque joined the protest. The Congress' protests in the national capital were replicated in other parts of the country.

Congress President Rahul Gandhi and other leaders of the Congress Party detained during the protests at the CBI Headquarters in Delhi: Congress pic.twitter.com/f4pt4XeHdY

State Congress leaders led demonstrations in their regions against what the Congress described as the "illegal, unconstitutional and illegitimate removal of the CBI director by the Modi-Shah duo".

The apex court said former Supreme Court judge A K Patnaik will oversee a CVC inquiry into the allegations against Verma and the report has to be placed before it within two weeks. It directed that interim CBI chief M Nageswara Rao shall not take any major policy decisions. Decisions taken by him since October 23 till date shall not be implemented, it said. 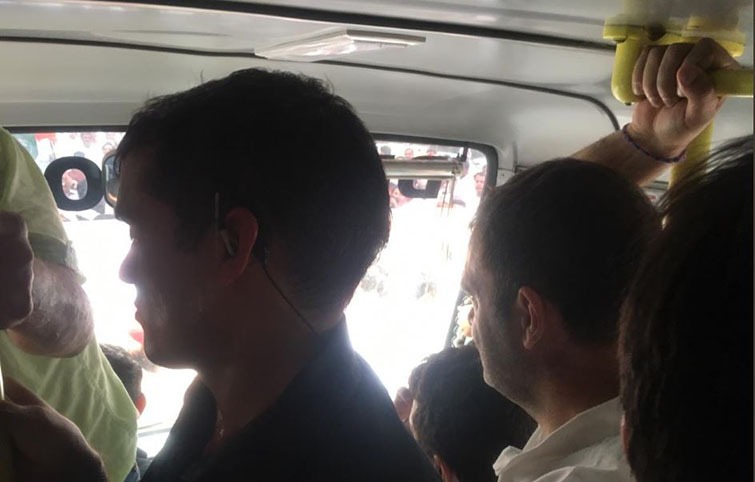 All decisions taken by Rao shall be placed before the apex court in a sealed cover. (PTI)