Rahul Gandhi: GST will be changed if Cong comes to power

Congress president Rahul Gandhi on Thursday said changes will be made to the Goods and Services Tax (GST) to reduce rates on items, if his party comes to power.

Chitrakoot: Congress president Rahul Gandhi on Thursday said changes will be made to the Goods and Services Tax (GST) to reduce rates on items, if his party comes to power.

On a visit to various places in poll-bound Madhya Pradesh, he also continued his attack on Prime Minister Narendra Modi over the Rafale fighter deal, alleging that "the watchman has indulged in theft."

Gandhi, who began his two-day tour of Madhya Pradesh, was addressing a gathering after visiting the famous Kamta Nath temple in this religious town associated with Lord Rama.

Also Read: Rahul Gandhi- Will bring to justice those who stole from you

He said the Modi government has "destroyed" small businesses and employment through demonetisation and 'Gabbar Singh Tax', a reference to GST.

"As soon as we come to power, we will change the 'Gabbar Singh Tax' into the real tax. We will implement one tax at lowest rates," the Congress leader said.

He said all power would be used to generate employment.

GST, which brought a one-tax regime in the country, was rolled out last year.

His reference was clearly to Modi who had said that he would be the country's 'chowkidar' in his capacity as the prime minister.

"The man, who claims to be the country's watchman, has himself put Rs 30,000 crore in the pocket of (industrialist) Anil Ambani in the Rafale deal," Gandhi claimed.

Describing Anil Ambani as Modi's "friend", the Congress leader alleged that the industrialist has a debt of Rs 45,000 crore. 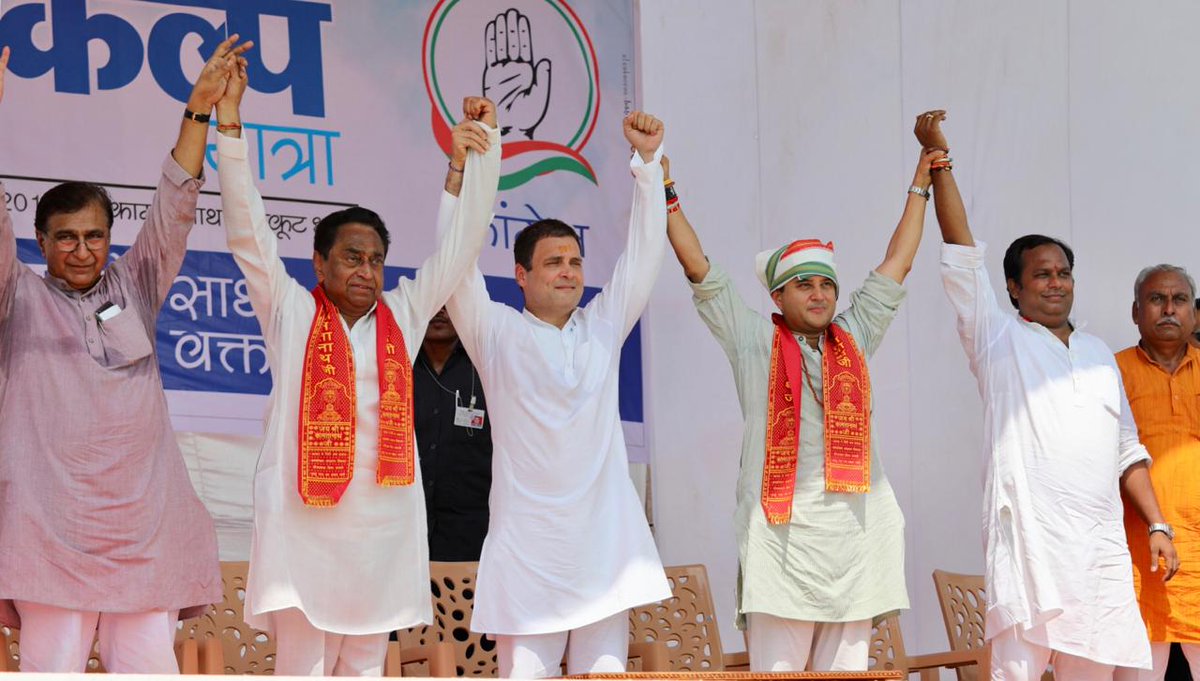 He claimed that Anil Ambani had not manufactured even a single aircraft but was awarded a contract of Rs 30,000-crore after "snatching" the work from state-owned Hindustan Aeronautics Limited (HAL).

"The 'chowkidar' took out the money from the pockets of the poor, the youth and other people and put it into the pocket of Ambani... This money belongs to the people of the country," Gandhi alleged.

Ambani has already rejected Rahul Gandhi's allegations and emphasised that the government had no role in the Rafale- manufacturer French company Dassault picking up his company as a local partner.

He had written to Gandhi on December 12, 2017, refuting allegations of his Reliance Group lacking experience to get the Rafale fighter jet deal.

"In Parliament, the defence minister said the price of Rafale fighter plane can't be disclosed due to secret pact. I met the French president, who said there is no such pact and the price can be disclosed," the Congress chief said. 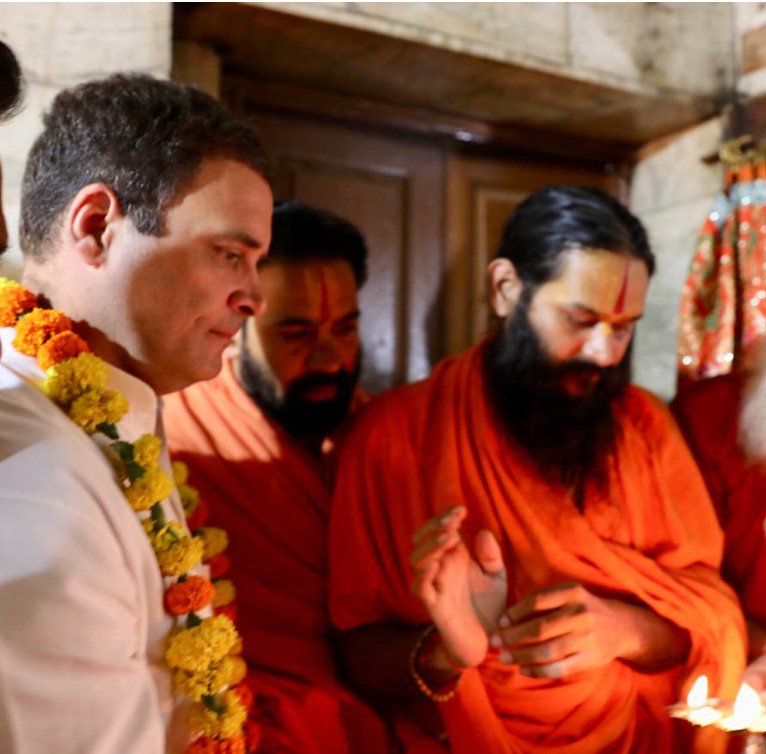 The prime minister also spoke for one-and-a-half hour in Parliament but did not talk about Rafale issue, he added.

Gandhi also reiterated his promise of waiving the farmers' loan within ten days, if elected to power in Madhya Pradesh.

Earlier, he reached Chitrakoot from Allahabad by a helicopter and visited the Kamta Nath temple where he performed 'puja'. (PTI)

Rahul Gandhi: Will simplify GST structure after coming to power