You can't have a negative, fearful atmosphere in the country and expect economic growth, which is directly related to the mood of the country, Congress president Rahul Gandhi said.

Chennai: You can't have a negative, fearful atmosphere in the country and expect economic growth, which is directly related to the mood of the country, Congress president Rahul Gandhi said on Tuesday.

You can't have a negative atmosphere in the country and expect economic growth. Economic growth is directly related to the mood of the country. We will move the country to a place where people feel empowered and happy: CP @RahulGandhi #VanakkamRahulGandhi pic.twitter.com/W8LXfNNpjs

Addressing women students at the Stella Maris College here, he said the Congress will change the mood of the country and make people feel happy and empowered.

Gandhi, who asked students to refer to him as Rahul, said the law must apply to everybody and not be applied selectively. 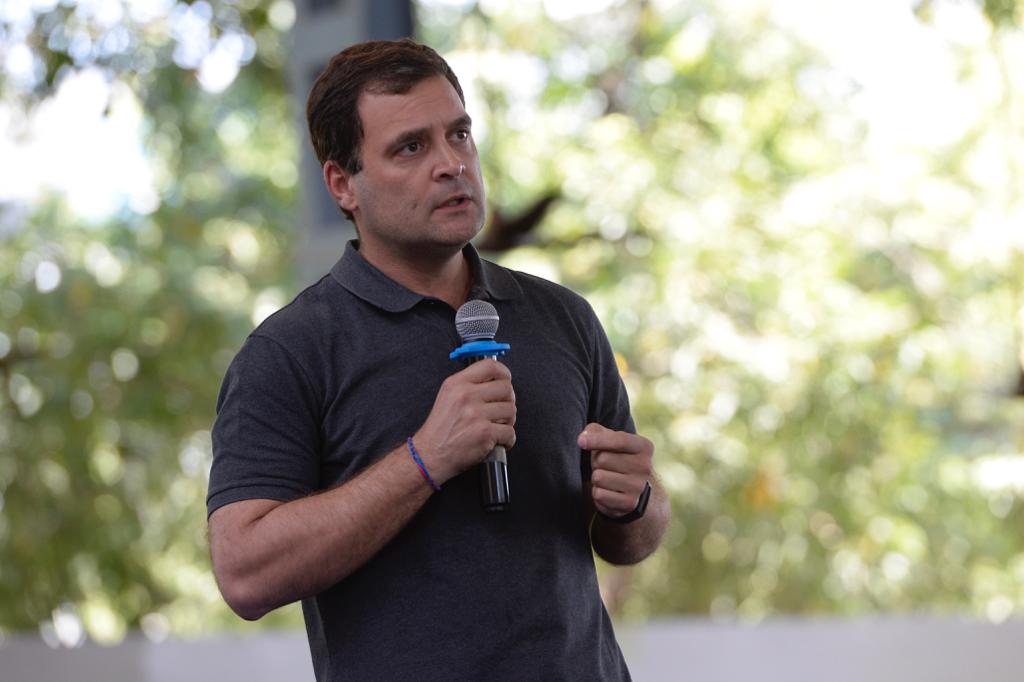 He said this in response to a question on his brother-in-law Robert Vadra.

In his informal interaction with the students, he also brought up the issue of the Rafale deal and reiterated his allegations about the pricing of the aircraft and the process.

"I will be the first person to say it... investigate Robert Vadra but also investigate Prime Minister Narendra Modi," he said.

Gandhi said the Congress would pass the women's reservation bill it if it comes to power.

We are convinced that India is spending very little money on education. We will increase the allocation to education to 6%: CP @RahulGandhi #VanakkamRahulGandhi pic.twitter.com/repCZf6EkH

"Don't see enough women in leadership positions. You cannot have women in power in India until attitude towards them changes," he told the cheering crowd.

In response to a question, he said he had learnt the lessons of humility and love from his mother Sonia Gandhi. 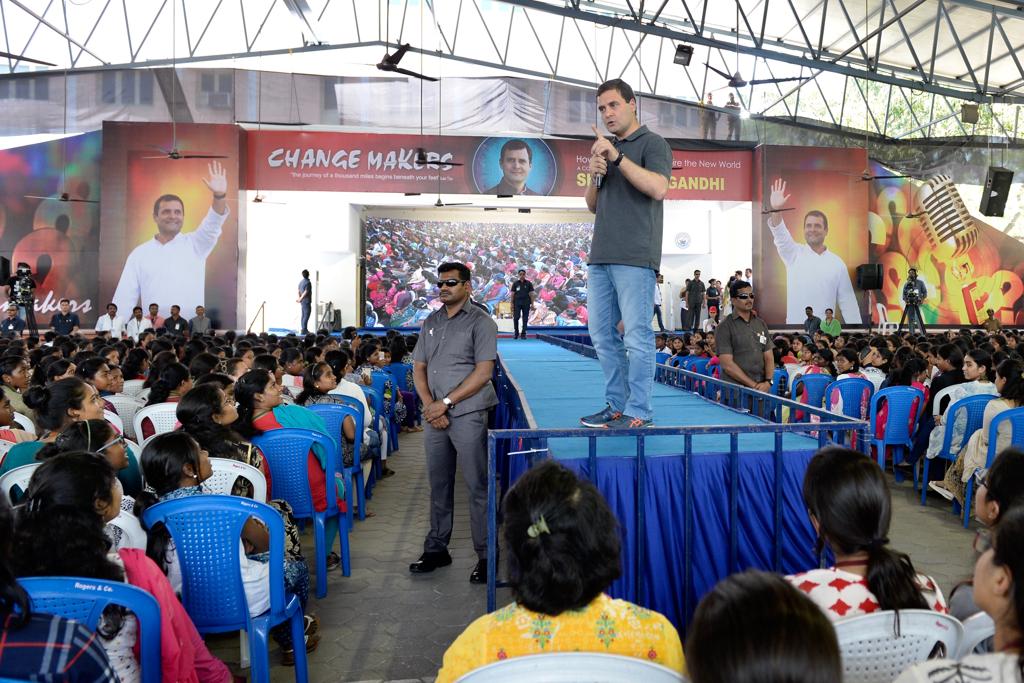 He asked the gathering, "Did you like demonetisaton?" When the audience answered, "No", he said, "I think it's pretty clear the damage demonetisaton did. PM should have taken your advice."

Gandhi, who asked the students to challenge him and "make him uncomfortable", also questioned whether the prime minister could stand in a large audience and answer people's questions. (PTI)

Rahul Gandhi: Can't hate those who hate me