Shiv Sena president Uddhav Thackeray on Wednesday said the alliance between his party and the BJP would continue.


Thane: Shiv Sena president Uddhav Thackeray on Wednesday said the alliance between his party and the BJP would continue.

The ruling parties are currently holding deliberations to finalise a seat-sharing formula ahead of the assembly elections, whose schedule is yet to be announced officially.

Thackeray launched a number of civic projects for Thane at a function held at Ram Ganesh Gadkari auditorium which was attended by party leaders, elected representatives and officials of the party-ruled Thane Municipal Corporation (TMC).

"The BJP and the Sena are in alliance right now and the same will continue," Thackeray said.

The Sena chief had last week said in the presence of Prime Minister Narendra Modi in Mumbai that the alliance between his party and the BJP was "inevitable" and it would return to power once again. 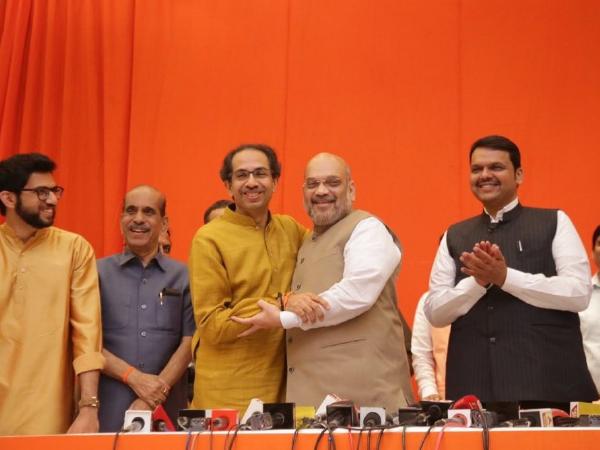 On the occasion, the Sena chief unveiled a draft plan for the 576-bed civic-run super-speciality hospital which will be developed at the cost of Rs 316 crore.

He inaugurated V D Savarkar memorial pillar on the premises of the auditorium and later a hospital and a cardiac centre.

Thackeray performed the earth-breaking ceremony for a school being constructed by an NGO and also inaugurated the renovated crematorium at Jawhar Baugh locality.

He said the villages in the state should be linked to the district hospital through a communication link. (PTI)