Strict lockdown imposed across UP, only sale of essential items allowed

Most of the cities in Uttar Pradesh look deserted on Saturday morning, after more than 50 hours strict lockdown was imposed in the state to fight the rising number of COVID-19 cases.

Lucknow: Most of the cities in Uttar Pradesh look deserted on Saturday morning, after more than 50 hours strict lockdown was imposed in the state to fight the rising number of COVID-19 cases.

The police blocked a number of areas across several cities with heavy barricades. Most of the shops remain closed. Only those selling essential items like milk, fruits, vegetables and other grocery items remain opened. People are mostly indoors and were out of home only when required. 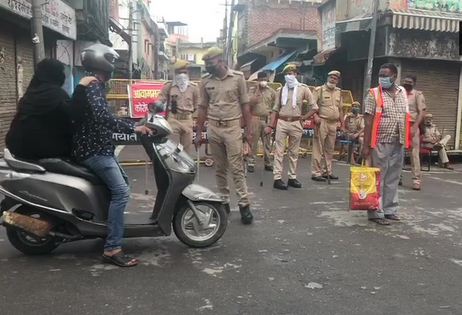 In several parts, the police also checked identity cards of those out of their homes for their daily chores. Those found roaming around without any purpose were sent back.

Prayagraj local said, "It was a good decision by the Yogi Adityanath government. The step was necessary to control the virus and was done for the benefit of the public. While the government is doing its best, people must also stay indoors as much as possible to fight the pandemic. Am out of my home to buy medicines for my mother, otherwise, I would have stayed home." 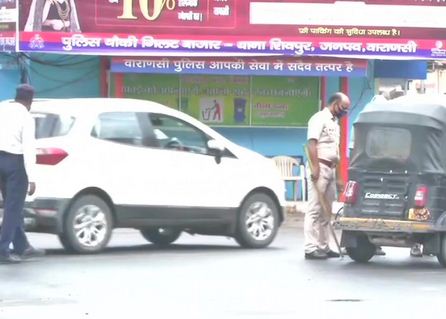 "The decision to impose lockdown since March was a good decision as peoples' lives are precious. However, people have faced a lot of difficulties. The tenant in my shop has decided to leave as he was unable to pay rent. His business has been affected.

Also, I was forced to sack by labour as I was unable to pay him a salary," said another Prayagraj resident.

As per the Union health ministry, there are 32,362 confirmed cases in Uttar Pradesh, of whom 21,127 have recovered and 862 people have lost their lives due to the pandemic.

COVID-19: BSP will support extension of lockdown with some conditions, says Mayawati

Corona in UP: COVID-19 positive cases rises to 86 in Uttar Pradesh

UP Lockdown 5.0 Guidelines: Amid various relaxations, lockdown to continue till June 30