The Supreme Court on Tuesday reinstated Alok Verma as CBI Director, however, he cannot take major policy decisions. In a decision which could be seen as a setback to the Modi government, the Supreme Court set aside the CVC's (Central Vigilance Commission) October 23rd order that forced Verma on leave.

New Delhi: The Supreme Court on Tuesday reinstated Alok Verma as CBI Director, however, he cannot take major policy decisions. In a decision which could be seen as a setback to the Modi government, the Supreme Court set aside the CVC's (Central Vigilance Commission) October 23rd order that forced Verma on leave.

The Supreme Court further added that this case would be sent to a statutory committee for further referral, pending which Alok Verma could not take "major policy decisions" as CBI director. In it's observation, the court further added that the Government should have referred this case to the select committee comprising of Prime Minister, Chief Justice of India and Leader of the Opposition if it wished to initiate removal of the CBI director.

The judgement was read out by Justice Sanjay Kishan Kaul on behalf of Ranjan Gogoi, the Chief Justice of India who was on leave today.

The apex court was hearing the plea of CBI director Alok Verma and NGO Common Cause challenging the central government's decision to send him on forced leave and divesting him of all responsibilities, calling it an "extraordinary and unprecedented" situation. 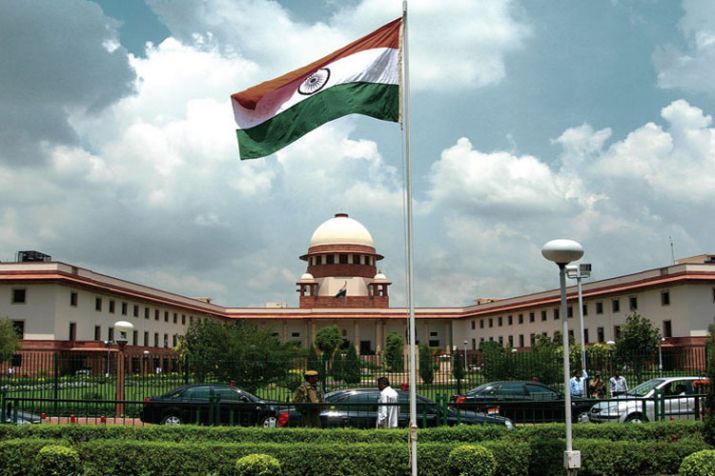 On December 6, 2018, the Bench headed by Chief Justice Ranjan Gogoi had reserved the verdict after hearing arguments of Verma, the Union Government, Central Vigilance Commission (CVC), NGO Common Cause, Congress leader Mallikarjun Kharge and others who were the party in the case.

During the hearing in December, while confronting questions over the Centre's sudden decision to send Verma on leave, the CVC had told the apex court that "extraordinary situations sometimes need extraordinary remedies."

CJI Gogoi had raised questions over the timing of the order and asked why the government took immediate steps to divest Verma of his powers without consulting the Selection Committee.

Both CBI director Alok Verma and his deputy Rakesh Asthana were sent on leave on October 25, last year, after their feud had become public as they had leveled allegations of corruption against each other.

In a recent interview to ANI, Prime Minister Narendra Modi cleared the air over the government removing the two men at the top of CBI and said "When CBI's internal personal matter came to light, they were both asked to go on leave legally. Because institutions are paramount for us."

Opposition parties, especially the Congress, have in recent times, criticised the BJP-led Narendra Modi government of misusing the CBI for political vendetta, dubbing it as a 'caged parrot'.

Asthana accused the CBI Director of accepting a bribe from a Hyderabad-based businessman being investigated by the agency. Simultaneously, Verma also accused Asthana of the same crime.

After sending Verma on leave and divesting him of all responsibilities, CBI's Joint Director M Nageswara Rao was given the charge of interim chief of the probe agency.

Attorney General K K Venugopal had justified Centre's action taken against these officers stating that, "the Centre's action was required to prevent two top officers fighting, and the move was well "within its right to intervene". Also, the action was aimed at restoring the public faith in the CBI.

Senior advocate Fali Nariman, appearing for Verma, had contended that in all circumstances the CVC and the Centre should have consulted the Selection Committee.

Senior advocate Kapil Sibal appearing for Mallikarjun Kharge, who had filed a plea against the Centre's and CVC decision of sending Verma on leave, had argued that the government does not have the power to remove or transfer the CBI Director. (ANI)