The Uttar Pradesh government Friday transferred as many as six IPS officers in the state.

Lucknow: The Uttar Pradesh government Friday transferred as many as six IPS officers in the state.

This was the first transfer of senior police officials of the state after Chief Minister Yogi Adityanath held a meeting of all district magistrates and SSPs/SPs to review law-and-order situation in the state. 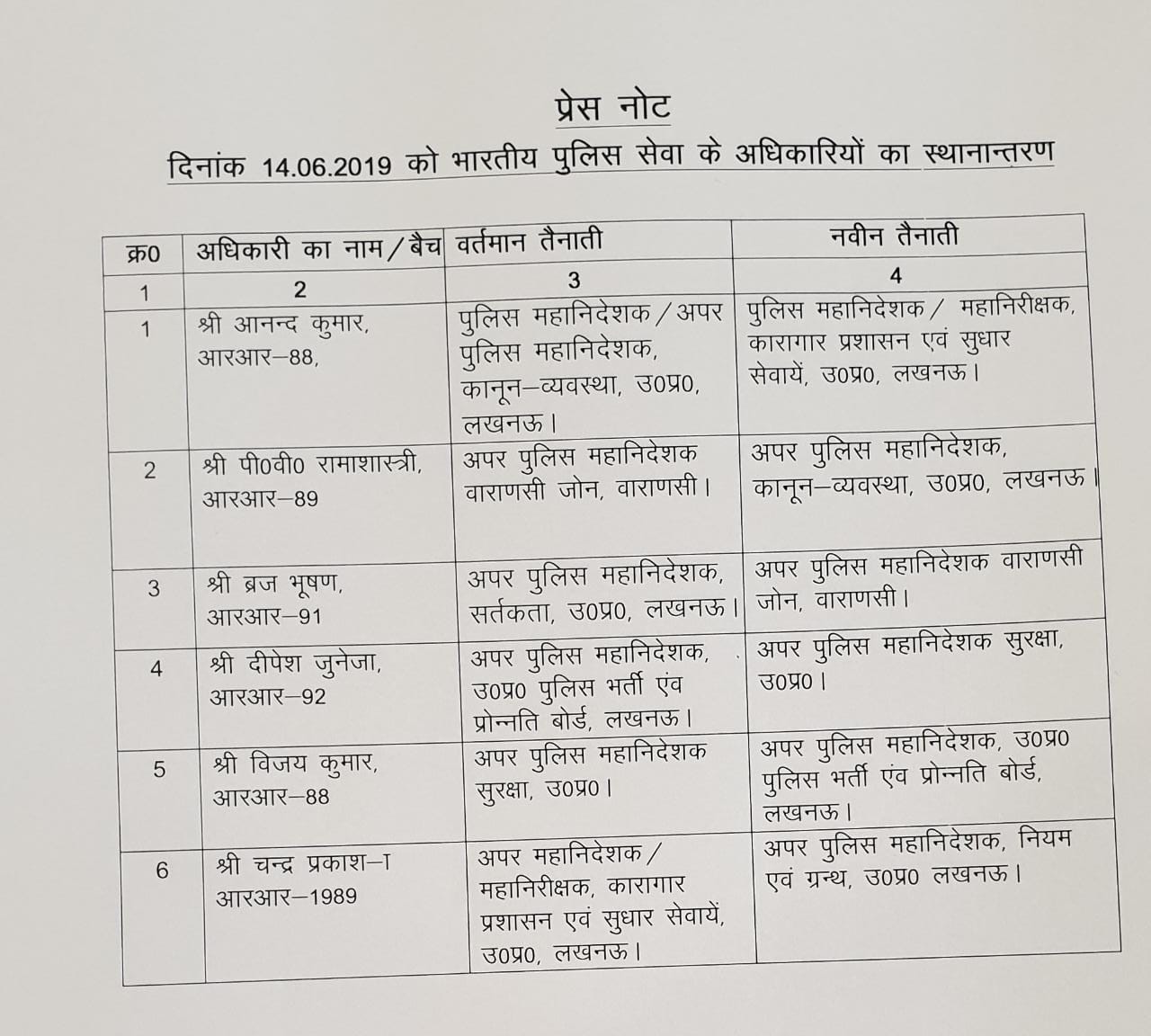 Juneja swapped his position with Vijay Kumar, the statement added.

Additional Director General Of Police/ IG Prison Administration and Reforms Services Chandra Prakash has been made the new ADG (Rules and Manuals), it said. (PTI)

UP schools to remain open on birth anniversaries of great icons