Akhilesh Yadav took to the streets of Lucknow along with SP MLAs on the last day of the monsoon session of the Legislative Assembly. Read full report of Dynamite News: 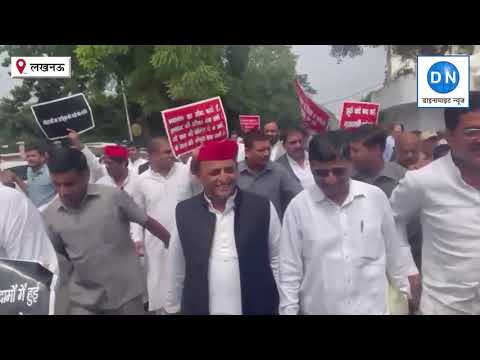 Lucknow: On Friday, last day of the monsoon session of the Assembly, Samajwadi Party MLAs and other functionaries, under the leadership of Party President  Akhilesh Yadav took to the streets of Lucknow against the indifferent attitude of the government towards the opposition's concerns.

Earlier Akhilesh Yadav and Party MLAs staged a walkout from the House accusing the government of not answering the questions regarding inflation, women harassment and farmers problems etc raised by opposition in the Assembly.

During the march on the city streets Party learaders and workers slammed the government and raised slogans against it.