The United States has urged China to not block Jaish-e-Mohammed chief Masood Azhar's listing as a global terrorist at the United Nations Security Council meeting to be held today over Azhar's designation.


Washington: The United States has urged China to not block Jaish-e-Mohammed chief Masood Azhar's listing as a global terrorist at the United Nations Security Council meeting to be held today over Azhar's designation.

At the behest of Pakistan, China has previously stonewalled efforts to designate the Pakistan-based terror outfit's chief as a global terrorist at the UNSC by putting technical holds.

Following the ghastly Pulwama terror attack carried out by the JeM, three of the five permanent members of the UN Security Council - the US, the UK and France - have initiated renewed efforts to get Azhar proscribed. China, on the other hand, has not outrightly supported the move until now.

"..., I would say that the United States and China share a mutual interest in achieving regional stability and peace and that a failure to designate Azhar would run counter to this goal," Robert Palladino, the US Department of State's Deputy Spokesperson stated on Tuesday (local time).

"JeM is a United Nations-designated terrorist group. Azhar is the founder and the leader of JeM, and he meets the criteria for designation by the United Nations. JEM has been responsible for numerous terrorist attacks and is a threat to regional stability and peace," Palladino said at a media briefing. 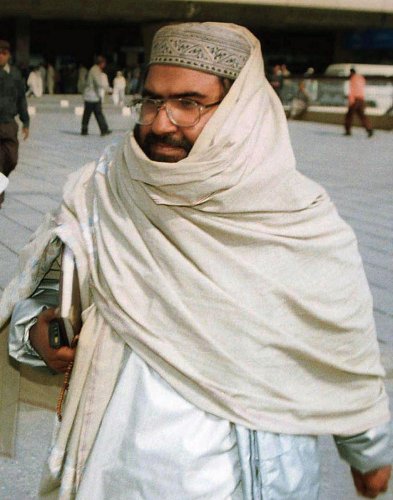 40 CRPF personnel lost their lives in Jammu and Kashmir's Pulwama on February 14 when a JeM terrorist targetted their convoy.

Tensions have been high between India and Pakistan ever since, with India undertaking an anti-terror strike on a major JeM camp in Pakistan's Balakot in the aftermath.

The international community has supported India's fight against terror, with the United States bluntly telling Pakistan to stop providing support and a safe haven to terrorists and terror outfits following the attack.

Also Read: No stand against Pakistan's support of terrorism as China bats for India, Pak peace

Pakistan's military spokesperson, Major General Asif Ghafoor, on the other hand, has denied the presence of JeM in their country - a claim which has been widely ridiculed.

"It is regrettable Pakistan continues to deny JeM involvement in Pulwama attack. Is Pakistan defending Jaish and being its spokesperson? Till today Pakistan has failed to take any credible action against Jaish. Terrorist camps in Pakistan are in the public domain...All members of UNSC are aware of JeM camps in Pakistan and the presence of Masood Azhar in the country. We request all UNSC members to designate Masood Azhar under the UNSC sanction list. We have been repeatedly demanding Pakistan to take action against terror camps in their territory and area under its control," India had earlier said while slamming Pakistan.(ANI)

Donald Trump threatens to 'decimate' Turkey's economy if it harms US troops, allies