At least 25 BJP supporters on Monday suffered injuries during a clash with TMC workers in Barrackpore city of North 24 Parganas district in West Bengal.

Barrackpore: At least 25 BJP supporters on Monday suffered injuries during a clash with TMC workers in Barrackpore city of North 24 Parganas district in West Bengal.

All the injured BJP workers have been taken to the hospital.The clash took place when the BJP workers were protesting during a 12-hour bandh in Barackpore called against alleged attack on BJP MP on Sunday.Earlier in the day, BJP workers were seen marching with party flags and raising slogans against the ruling TMC government, as part of the protest.

"Mamata Banerjee cannot digest our party MP Arjun Singhs victory from Barrackpore. People in Barrackpore and Bhatpara are being harassed all the time. Yesterday, our BJPMP was attacked by TMC goons. His car was vandalised. He got hurt on his head during lathi-charge by the police," Sonprasad Chaudhary, one of the protesters, told reporters here. 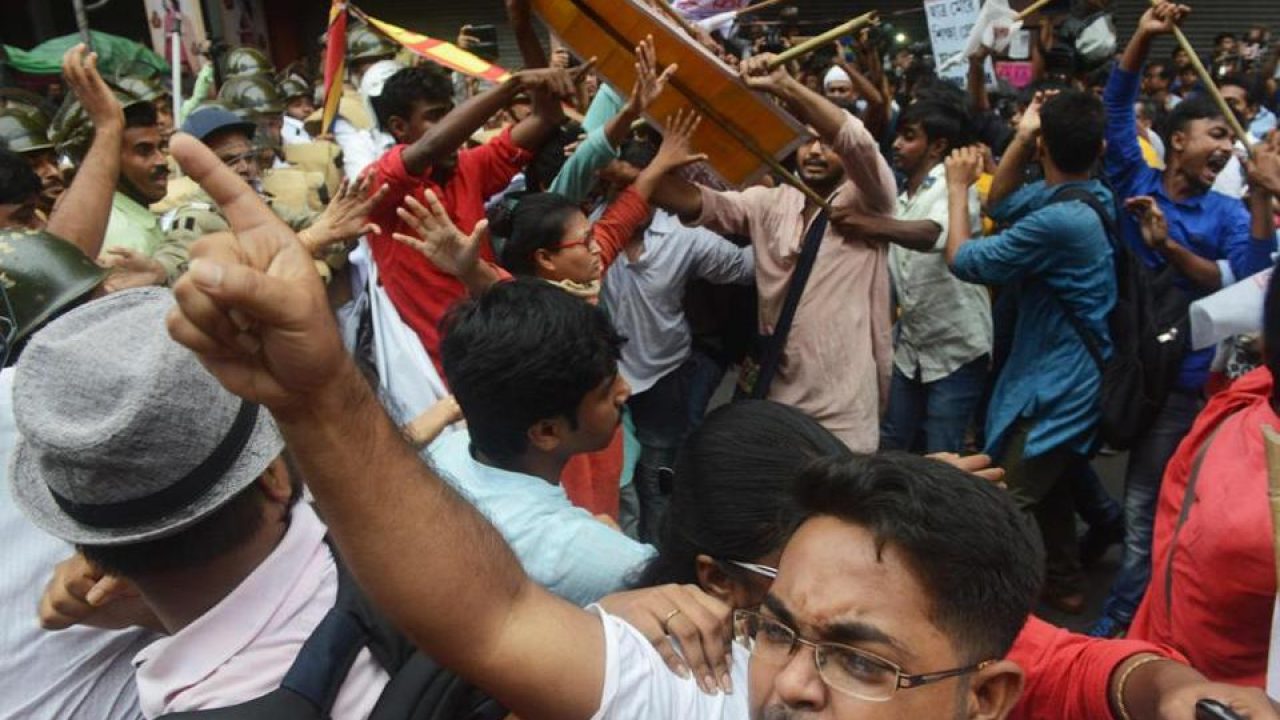 "He (Singh) is undergoing treatment in a hospital. We have called a 12-hour bandh to protest against this act," he added. Large numbers of police personnel have also been deployed in the area to maintain law and order.

On Sunday, Singh accused TMC workers of vandalising his car and capturing his party office in North 24 Parganas district when he was on his way to a blood donation camp. 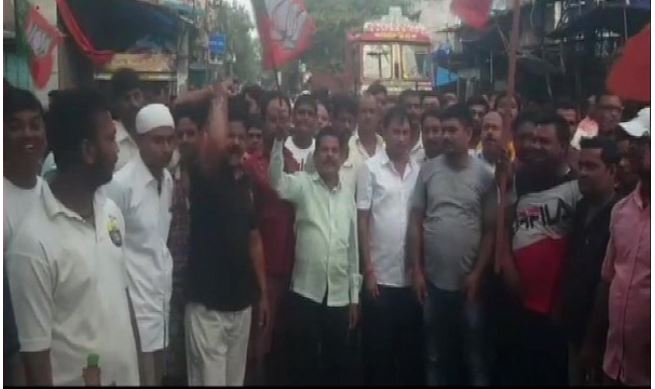 "I was attacked and my car was also vandalised. People were protesting peacefully. Police Commissioner Manoj Verma abused me. My residence is also being vandalised," he said, alleging that there was no "security or law and order" in the area. (ANI)