Karnataka BJP chief B S Yeddyurappa Wednesday welcomed the Supreme court order on the political crisis, asserting that it was a "moral victory" for the rebel MLAs, whose resignations have pushed the ruling Congress-JDS coalition to the brink of collapse.

Bengaluru: Karnataka BJP chief B S Yeddyurappa Wednesday welcomed the Supreme court order on the political crisis, asserting that it was a "moral victory" for the rebel MLAs, whose resignations have pushed the ruling Congress-JDS coalition to the brink of collapse.

Yeddyurappa underlined that the political parties cannot issue a whip to the 15 rebel lawmakers, who have resigned their Assembly membership, and they cannot be compelled to attend the House proceedings.

The apex court gave its verdict keeping all the facts about Karnataka in mind, he said.

BS Yeddyurappa, BJP: Karnataka CM has lost his mandate, when there is no majority he must resign tomorrow. I welcome SC's decision, it's the victory of constitution&democracy, a moral victory for rebel MLAs. It's only an interim order, SC will decide powers of Speaker in future. pic.twitter.com/LAPOFsHDK8

Against this backdrop, Chief Minister H D Kumaraswamy will have to resign on Thursday when he will face the confidence vote in the Assembly, Yeddyurappa told reporters here.

"When there is no majority, he (chief minister) will automatically resign tomorrow," he said.

The BJP president also emphasised that the speaker has been directed to take a decision at the earliest and submit his order to the Supreme Court.

"I welcome the Supreme Court decision. It is a victory of the Constitution and democracy. It is a moral victory for rebel MLAs.

"It is only an interim order and in the future, the SC will decide the power of the speaker. It will set a new trend in the parliamentary democracy," Yeddyurappa said. 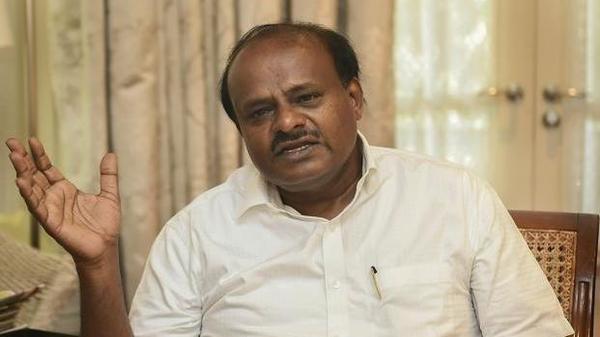 The Supreme Court directed on Wednesday that the 15 rebel Congress and JD(S) MLAs "ought not" to be compelled to take part in the proceedings of the Karnataka Assembly, which is slated to decide the confidence motion moved by theH D Kumaraswamy-led state government on July 18.

A bench headed by Chief Justice Ranjan Gogoi also said Karnataka Assembly Speaker K R Ramesh Kuma was free to decide on the resignations of the rebel legislators within such time-frame as deemed appropriate by him. (PTI)