Snapping back at Prime Minister Narendra Modi, West Bengal Chief Minister Mamata Banerjee questioned him as to why he has not built even one Ram temple but is busy chanting "Jai Shri Ram".

Bishnupur: Snapping back at Prime Minister Narendra Modi, West Bengal Chief Minister Mamata Banerjee questioned him as to why he has not built even one Ram temple but is busy chanting "Jai Shri Ram". 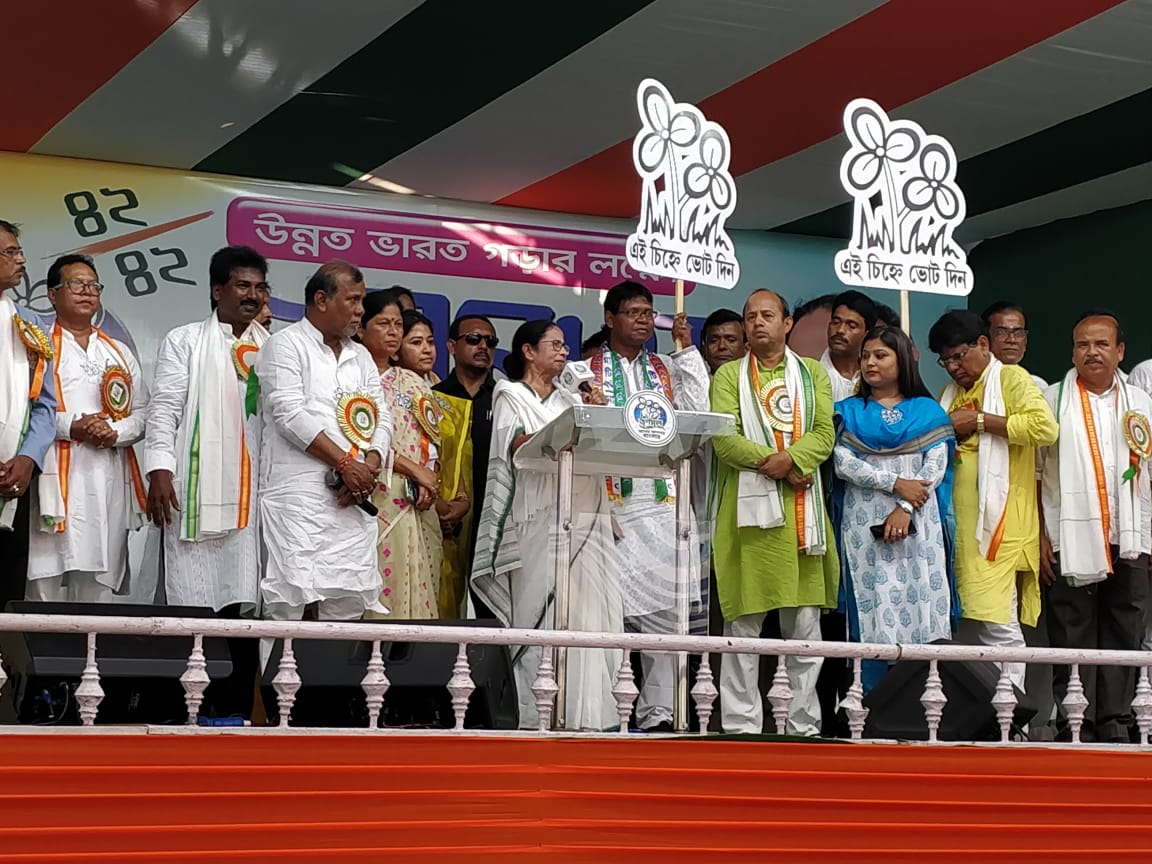 This comes after PM Modi hailed Lord Ram with the chant at his Jhargram rally and dared Banerjee to have him arrested. 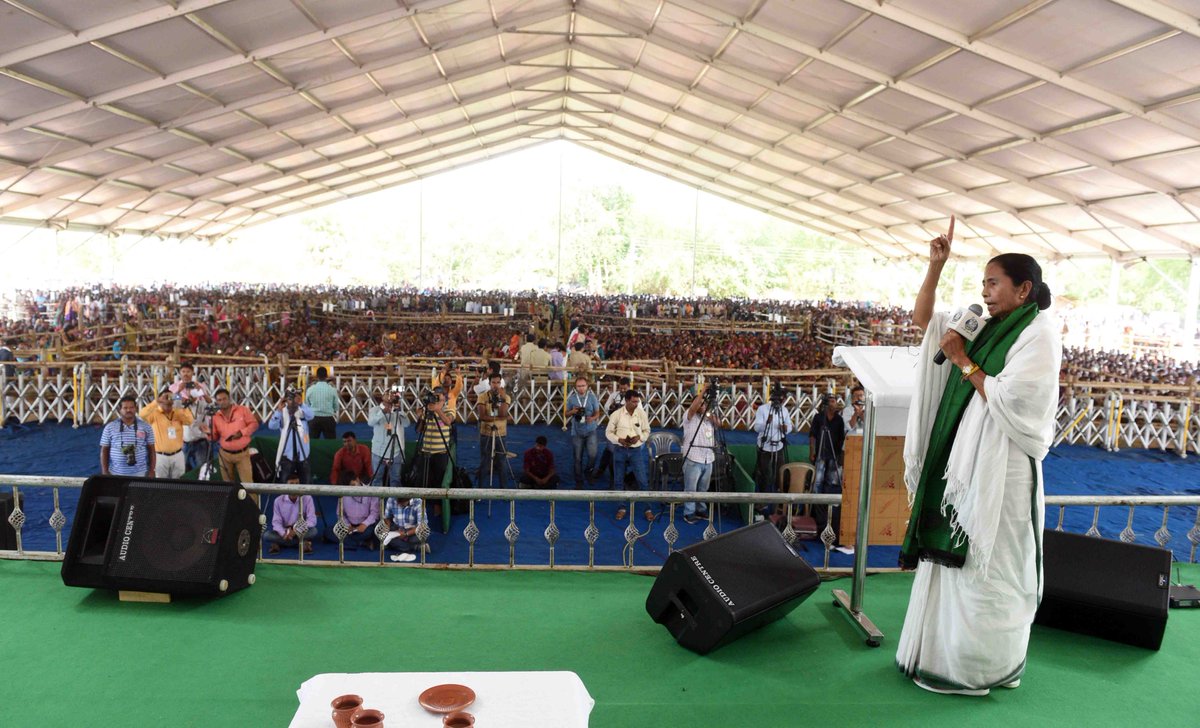 Modi was referring to a recent incident that went viral on social media where three people were reportedly arrested for allegedly chanting 'Jai Shri Ram' when the Chief Minister's convoy was passing by.

"Didi has thrown people into jail for chanting 'Jai Shri Ram'. I thought of greeting her with the chant so she can throw me behind bars, too. I will then serve the innocent people who are in jail for chanting in praise of Lord Ram," the Prime Minister said.

Yesterday, while addressing a rally at Jhargram, Banerjee had said, "You cannot force someone to raise slogans - the slogan you want to give to the people. We respect Lord Ram and know how to give him proper respect. I will say Jai Hind, Vande Mataram, 'Maa-Mati-Manush-er jai', 'Trinamool Congress-er jai', but never the slogan which the BJP wants people to say."

West Bengal witnessed polling on Monday in the fifth phase of the Lok Sabha elections. The remaining two phases of polling are scheduled for May 12 and 19. The counting of votes will take place on May 23.(ANI)