Aftermath of Amphan: No train should be sent to West Bengal till May 26, says State Chief Secy to Railway Board

West Bengal has written to the Railway Ministry requesting it not to send special trains to the state till May 26.


Kolkata: West Bengal has written to the Railway Ministry requesting it not to send special trains to the state till May 26.

The state government said that since the district administration was involved in the relief and rehabilitation works in the wake of the cyclone Amphan, it won't be able to receive the special trains for the next few days.

"As you are aware, West Bengal has been severely impacted by Super Cyclone Amphan on May 20/May 21 causing extensive damage to the infrastructure. As district administration is involved with relief and rehabilitation works, it will not be possible to receive special trains for the next few days. It's requested that no train should be sent to the state till May 26," Rajiv Sinha, Chief Secretary of West Bengal stated in his letter to Chairman of Indian Railway Board. 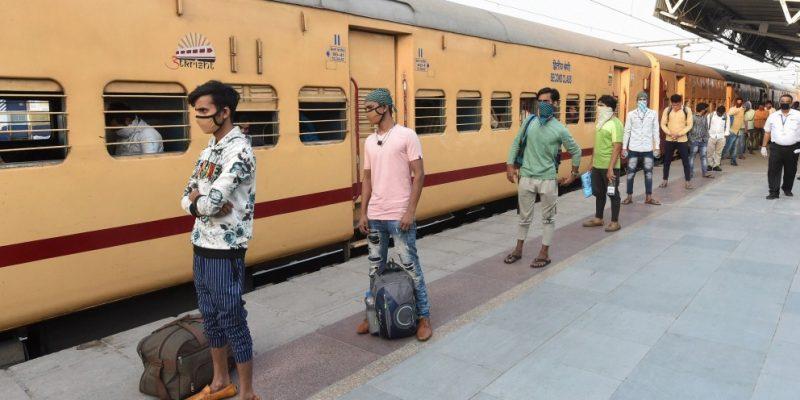 "As also discussed with you, we are revising the proposal dated May 20 and will be sent to you soon," the letter read.

At least 72 people have died in West Bengal due to the cyclone. Prime Minister Narendra Modi had announced a Rs 1,000 crore financial assistance for West Bengal and Rs 2 lakh each for the kin of deceased and Rs 50,000 for the injured. (ANI)

Rajiva Sinha to be the new chief secretary of West Bengal

WB Guv: Citizenship law has no impact on Indian citizens, balm to those facing persecution outside