Ahead of Congress' 'Bharat Bachao' rally at Ramlila Maidan and protests expected at Jantar Mantar area, traffic snarl-ups are expected on Saturday in Central Delhi.

In this regard, Delhi Police has issued a traffic advisory stating that no commercial vehicles will be allowed from - Delhi Gate and Rajghat to JLN Marg; Guru Nanak Chowk to Ajmeri Gate; Kamla Market towards Hamdard; DDU-Minto Light Point towards Kamla Market; Ajmeri Gate to Hamdard Chowk; and Mirdard to Turkman Gate. 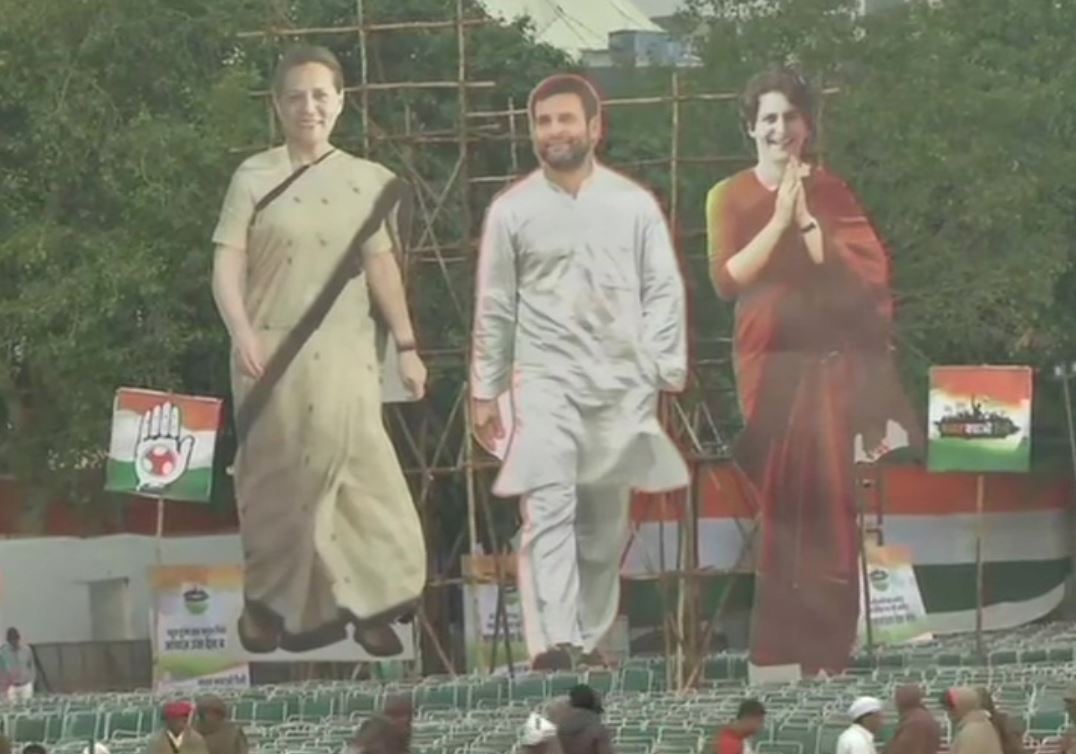 Party workers from across the country will be participating in this rally, which is being organised to highlight several issues including "sluggish economy, rising unemployment, and farmers' problems." According to sources, Sonia Gandhi, Rahul Gandhi, former Prime Minister Manmohan Singh, and other senior leaders will address the rally.

The rally of the Congress party was earlier scheduled to be held on November 30 but was later postponed to December 14 in view of the Winter Session of the Parliament, which concluded on Friday. (ANI)