As temperatures dipped in the national capital, the homeless turned towards night shelters to survive the chilly winter.

New Delhi: As temperatures dipped in the national capital, the homeless turned towards night shelters to survive the chilly winter.

Popularly known as Rain Baseras, the night shelter homes are government-supported, where the homeless can spend winter nights.

Also Read: Uttarakhand: Badrinath shrine to be closed for public from November 17

"From the past few days, people are spending nights in our shelter. Day before yesterday, we accomodated 26 people and today there are around 36 people who are staying here," said the Manager of the Sarai Kale Khan shelter home. "We have a total of 50 beds and have quills and blanket for the poor. We are providing all basic facility to them," he added. 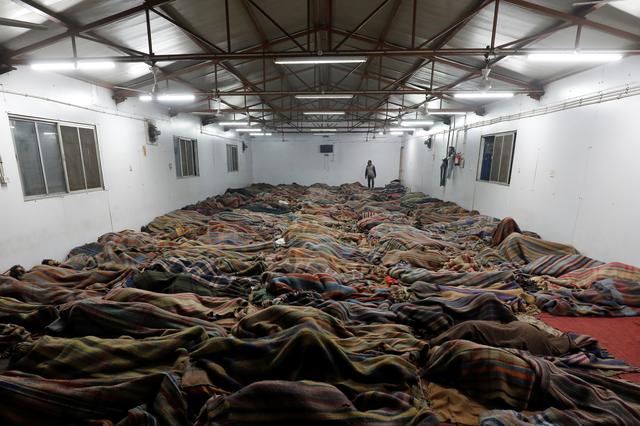 As per the weatherman, Delhi would be cold and the rain is likley to batter the area on December 20. Apart from Delhi, cold day conditions may prevail in isolated pockets of East Uttar Pradesh, Punjab, Haryana, Chandigarh, West Uttar Pradesh and northern parts of Madhya Pradesh and Bihar.

Biting cold grips Delhi, no respite for next two days