Karnataka Chief Minister HD Kumaraswamy said the Congress-JD(S) alliance is expected to win 10-12 seats out of 14 Lok Sabha constituencies in Karnataka which are undergoing polling today during the second phase of general elections.


Ramanagara: Karnataka Chief Minister HD Kumaraswamy said the Congress-JD(S) alliance is expected to win 10-12 seats out of 14 Lok Sabha constituencies in Karnataka which are undergoing polling today during the second phase of general elections.

"Today I request all voters to go to the polling station and cast their vote, whatever decision you will take will form the future of the country. Please put your valuable vote and don't miss it," Kumaraswamy said after casting his vote here on Thursday. 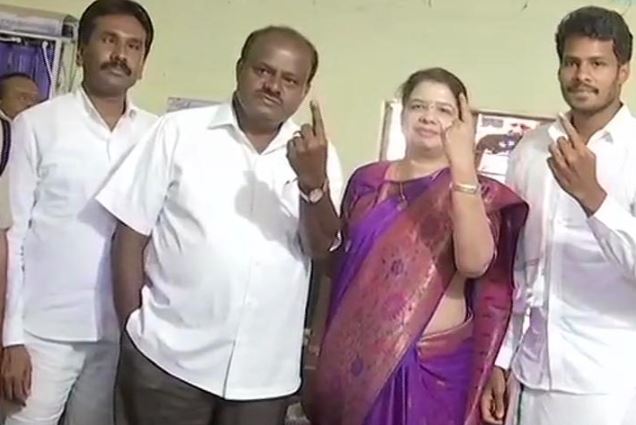 "Elections are crucial for protecting the interest of the farming community. Out of 14 Lok Sabha seats, the JDS-Congress candidates may achieve 10-12 seats in this election," he added.

Later, Kumaraswamy said, "Dynasty politics isn't an important issue now, country's problems are the main issue. Only because of dynasty politics and regional politics, this country developed in several states. We're not bothered about criticism from BJP."

DMK Chief MK Stalin, who cast his vote at a polling booth at SIET College in Teynampet, Chennai, alleged that the Election Commission is in connivance with Prime Minister Narendra Modi-led NDA government, adding that the EC would be reformed if the Opposition is voted to power. 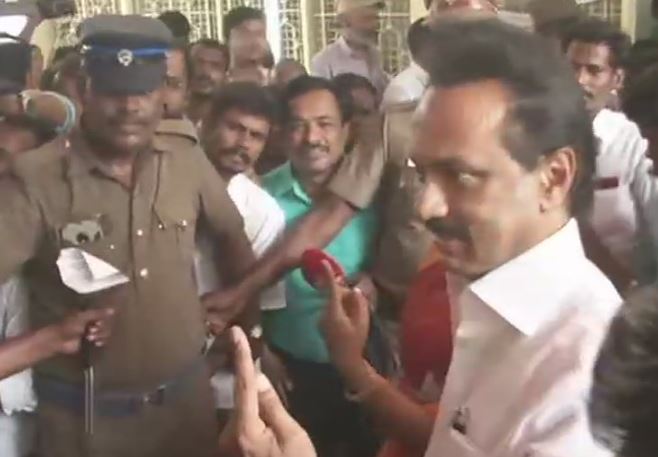 "This year election has been full of Rs 500, 1000, 2000 and 10,000 currency notes. All attempts have been made to buy votes but in spite all this I have full faith in voters of Tamil Nadu who will exercise their democratic rights fairly," Stalin told media here.

In Karnataka, RSS leader Dattatreya Hosabale cast his vote at polling station number 45 in Seshadripuram at Bengaluru, while Deputy Chief Minister G Parameshwara and his wife Kannika Parameshwari cast their votes at a polling booth in Koratagere, Tumkur. 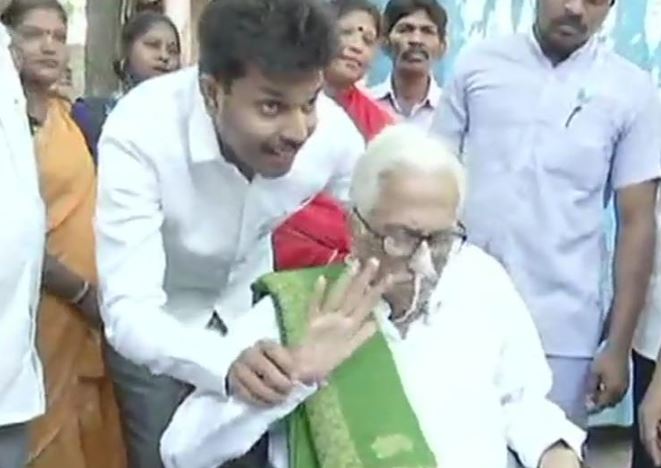