Following incessant rain and waterlogging in parts of Mumbai, the train services on several routes continued to be affected on Thursday.

Mumbai: Following incessant rain and waterlogging in parts of Mumbai, the train services on several routes continued to be affected on Thursday. 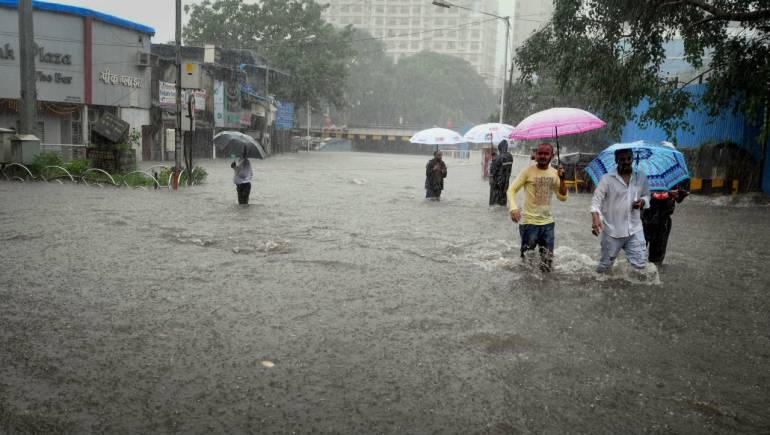 "Due to heavy rainfall and waterlogging in parts of Mumbai, the service of Train No.12134 Mangaluru Junction-Mumbai CSMT Express scheduled to leave Mangaluru Junction at 16.40 hrs on September 5, 2019 is cancelled", Indian railway said in a statement.

Goyal tweeted, "The mainline and harbour line services running between the disrupted Chhatrapati Shivaji Maharaj Terminus - Thane due to heavy rains in Mumbai have been resumed once again. All the officers and employees of the railway are taking prompt action to ensure that the passengers do not face any kind of inconvenience."

On Sep 4, Central Railway had stopped the services on the route for safety issues.

Also Read: Waterlogging and traffic snarls in many parts as rain lashes Delhi-NCR

According to the IMD predictions, Mumbaiis likely to receive heavy rain with the cloudy sky for the next week. (ANI)