The NDA in Bihar, comprising the BJP, Chief Minister Nitish Kumar's JD(U) and Ram Vilas Paswan's LJP, Saturday announced its candidates for 39 out of the total 40 Lok Sabha seats in the state.

Patna: The NDA in Bihar, comprising the BJP, Chief Minister Nitish Kumar's JD(U) and Ram Vilas Paswan's LJP, Saturday announced its candidates for 39 out of the total 40 Lok Sabha seats in the state.

As per the names announced at a press meet here by BJP national general secretary and party in-charge for the state Bhupendra Yadav, Union minister Ravi Shankar Prasad will be contesting from Patna Sahib seat - a party stronghold represented by Shatrughan Sinha in the outgoing Lok Sabha.

According to media reports, Sinha is likely to join the Congress and seek re-election on a ticket of the grand old party. 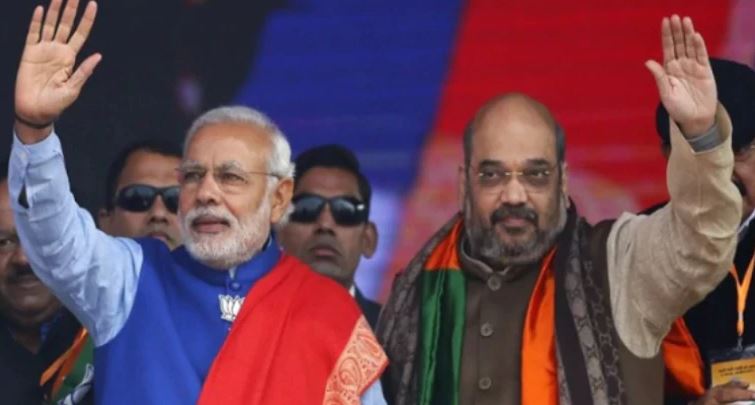 While Union minister Giriraj Singh, whose Nawada seat has gone to the LJP, has been shifted to Begusarai, his colleagues in the council of ministers Radha Mohan Singh, R K Singh, Ashwani Kumar Choubey and Ram Kripal Yadav will be fielded from their respective sitting seats of Motihari, Ara, Buxar and Pataliputra.

Lok Janshakti Party state president Pashupati Kumar Paras will be replacing his elder brother Ram Vilas Paswan in Hajipur. The Union minister is likely to get a Rajya Sabha ticket. Chirag Paswan will be seeking re-election from Jamui.

Yadav also said the candidate for Khagaria Lok Sabha seat, which would be contested by the LJP, would be announced shortly.(PTI)

Bihar sees 46.78 per cent voter turnout recorded till 5 pm in the second phase