"As per tradition, Finance Minister Nirmala Sitharaman calls on President Ram Nath Kovind at Rashtrapati Bhavan before presenting the Union Budget," read a tweet posted from the official handle of President of India. 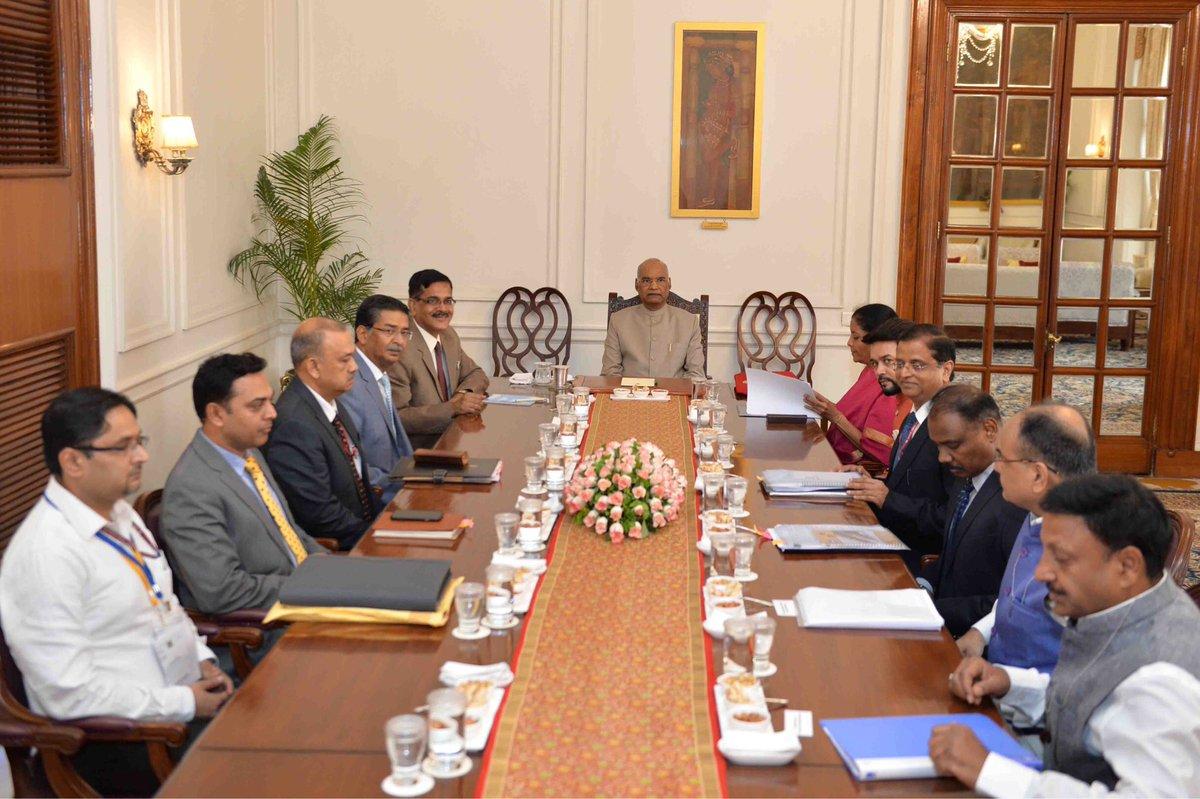 She was joined by Minister of State for Finance Anurag Thakur. Sitharaman will present the first budget of the second term of the Narendra Modi government.

It will also be the maiden budget for Sitharaman, who becomes the second woman finance minister after Indira Gandhi to do so in the history of independent India. The Finance Minister on Thursday tabled in Parliament the pre-Budget Economic Survey for 2018-19, which projected the state of the economy and outlined its challenges. The survey was released by Chief Economic Adviser Krishnamurthy Subramanian on Thursday. 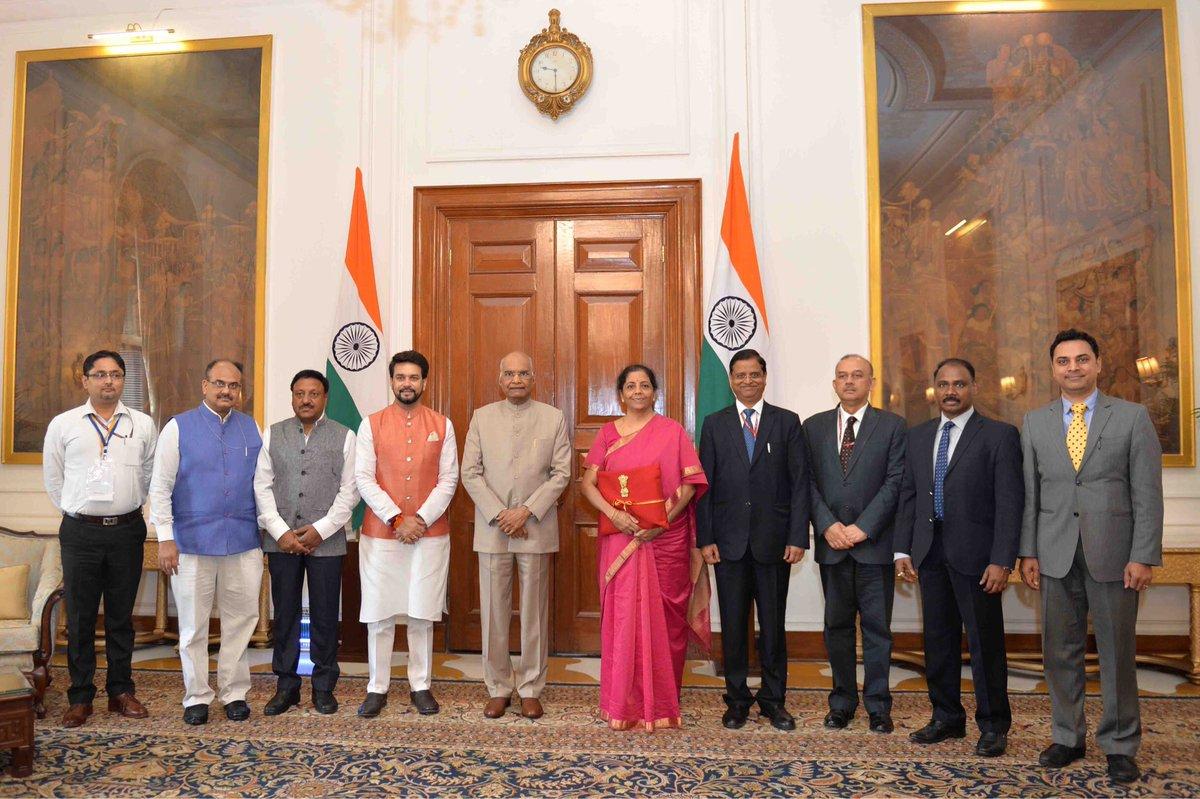 This will be the 89th Union Budget, which is the financial statement of the government, detailing its revenue and expenditure in the past, as well as estimated spending and projections for the coming year.(ANI)