The BJP on Monday declared its second list of 17 candidates for the November 28 assembly polls in Madhya Pradesh.

With this, the ruling party has so far announced 194 candidates in the state, which has a total of 230 assembly seats. The first list was released last Friday.

List of BJP candidates for ensuing General Election to the Legislative Assembly 2018 of Madhya Pradesh finalised by BJP CEC on 05 Nov 2018. pic.twitter.com/oQzcugOyIX

The second list was released in New Delhi by Union Minister J P Nadda, who is also secretary of the BJP's Central Election Committee.

Mishra, the Lok Sabha MP from Morena, will contest from Bhitarwar in Gwalior district. He had unsuccessfully fought the 2013 assembly polls from the same constituency. 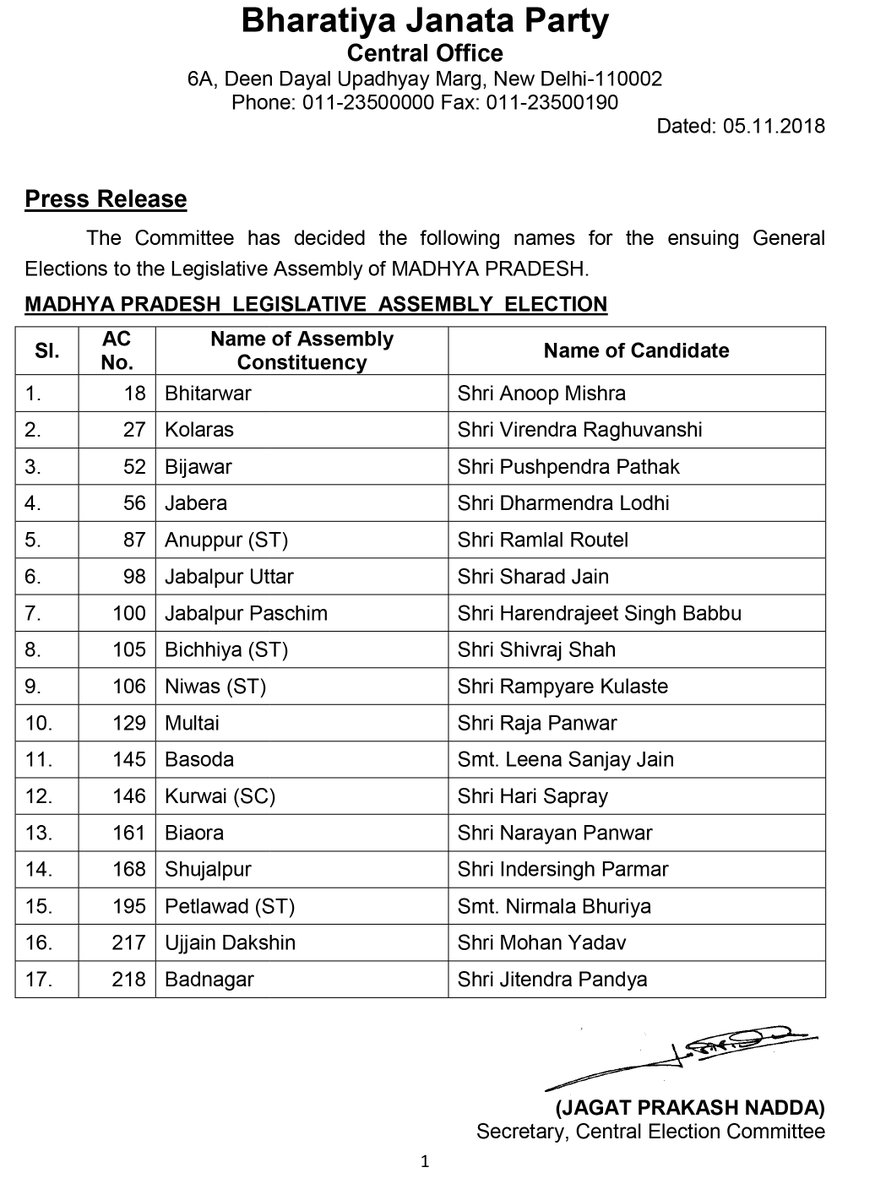 In 2015, she had lost the bypoll from Jhabua-Ratlam Lok Sabha constituency, which fell vacant following the death of her father.

The second woman in the list, Leena Jain, has been nominated from Basoda in Vidisha district.

The list also contains the names of some sitting MLAs, including Sharad Jain (Jabalpur North), who is also a minister. (PTI)