The fate of several key leaders including Congress president Rahul Gandhi, Home Minister Rajnath Singh, UPA chairperson Sonia Gandhi and Union Minister Smriti Irani will be decided on Monday in the fifth phase of the Lok Sabha polls which will witness voting in 51 constituencies spread across seven states.


New Delhi: The fate of several key leaders including Congress president Rahul Gandhi, Home Minister Rajnath Singh, UPA chairperson Sonia Gandhi and Union Minister Smriti Irani will be decided on Monday in the fifth phase of the Lok Sabha polls which will witness voting in 51 constituencies spread across seven states.

Fourteen seats in Uttar Pradesh, 12 in Rajasthan, seven each in West Bengal and Madhya Pradesh, five in Bihar and four in Jharkhand will go to polls in addition to Ladakh and Anantnag constituencies in Jammu and Kashmir.

This is a key phase for BJP in UP since it had won 12 out of the 14 seats in the 2014 general elections. The party is now facing the combined force of SP, BSP and RLD, which had contested separately last time. 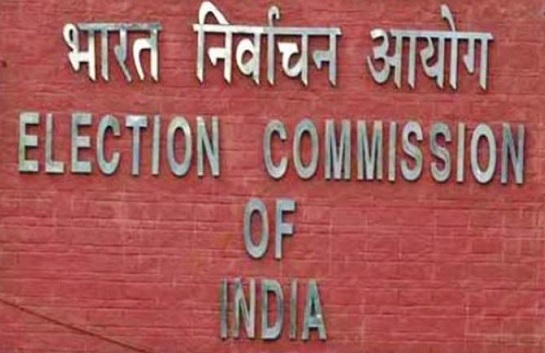 According to the Election Commission of India, over 8.75 crore voters are eligible to cast their ballot to decide the fate of 674 candidates. As many as 96,000 polling stations have been set up and security arrangements made for the smooth conduct of the elections.

In Amethi, Rahul Gandhi is pitted against BJP nominee Irani who was defeated by the Congress leader in the 2014 general elections. Sonia Gandhi, who is seeking re-election from the Raebareli seat, is contesting against BJP's Dinesh Pratap Singh among other candidates.

BJP's Rajanth Singh, SP-BSP's Poonam Sinha and Congress' Pramod Krishnam are in the fray from Lucknow.Union ministers Rajyavardhan Singh Rathore, Arjun Ram Meghwal and Jayant Sinha, all from BJP, are contesting from Jaipur Rural and Bikaner in Rajasthan and Hazaribagh in Jharkhand respectively.

Also in the fray are Congress leader Jitin Prasad from Dhaurahra in UP and BJP's Rajiv Pratap Rudi from Saran in Bihar.

In Jharkhand, two former chief ministers Babulal Marandi, the leader of Jharkhand Vikas Morcha (Prajatantrik), and Arjun Munda of BJP are contesting from the Koderma and Khunti seats respectively.

Union Minister Virendra Kumar is locked in a three-cornered contest in Tikamgarh in Madhya Pradesh. He is pitted against Kiran Ahirwar of Congress and R D Prajapati of SP.

Former railway minister and TMC candidate Dinesh Trivedi is fighting against Arjun Singh of BJP and Gargi Chatterjee of CPI (M) from Barrackpore in West Bengal. Arjun Singh, a four-time TMC MLA, had switched to BJP after Trivedi's nomination from the seat.

Campaigning for the fifth phase of the elections ended on Saturday evening.

The first four phases of the polls were held on April 11, 18, 23 and 29. After the fifth phase tomorrow, the sixth and seventh phases will take place on May 12 and May 19 respectively. The counting of votes is scheduled on May 23. (ANI)

Moderate polling till 2 pm in phase five of LS polls