This is Kovind's first visit to Maharashtra after assuming the office as president.

Nagpur: President Ram Nath Kovind today paid tributes to Dr B R Ambedkar here at 'Deekshabhoomi', where the architect of the Indian Constitution had embraced Buddhism.

This is Kovind's first visit to Maharashtra after assuming the office as president. 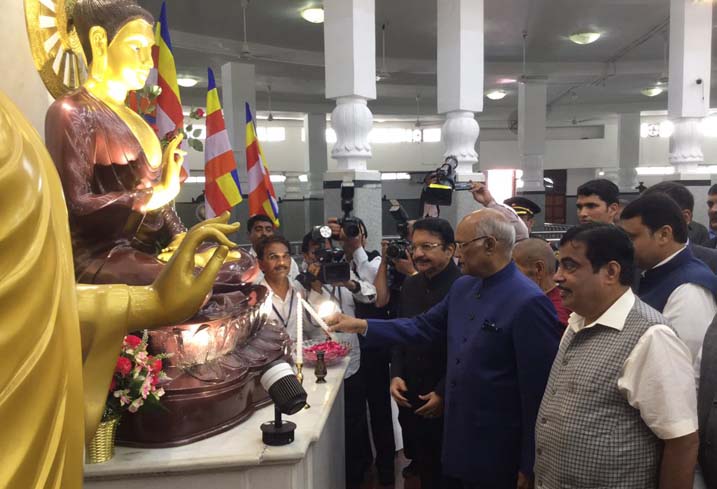 Kovind arrived at the airport here this morning on a day-long visit and proceeded to the Deekshabhoomi.

Also Read: Ramnath Kovind- Have no political affiliation, President is above politics 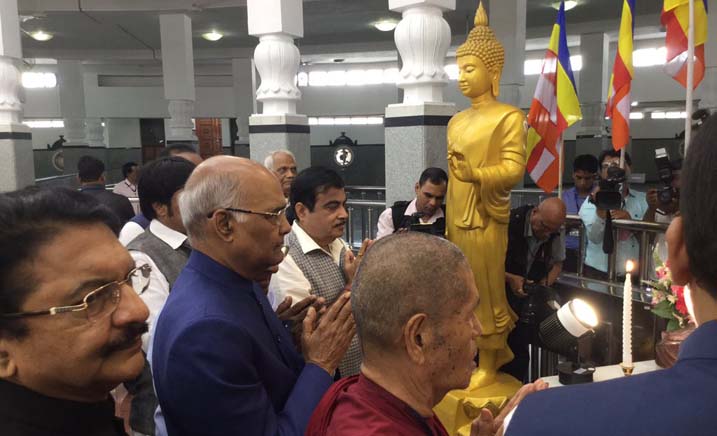 It was at the Deekshabhoomi that Ambedkar had led his followers to embrace Buddhism in 1956.

Kovind is also scheduled to visit the Shantinath Jain Temple in Ramtek here. 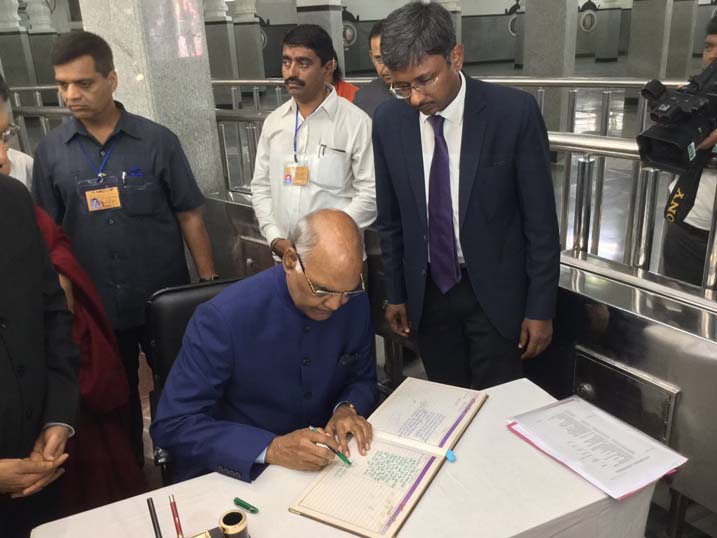 Later, the president will inaugurate the International Meditation Centre at Dragon Palace in Kamptee and will also participate in Buddha Vandana programme here.

The president will also attend the inauguration programme of Suresh Bhatt auditorium at Reshimbagh in the evening. (PTI)

President rule revoked in Maharashtra at 5.47 am