Union Home Minister Rajnath Singh on Monday claimed that there is no doubt about Prime Minister Narendra Modi getting a fresh term on May 23.

Lucknow: Union Home Minister Rajnath Singh on Monday claimed that there is no doubt about Prime Minister Narendra Modi getting a fresh term on May 23.

About his own Lucknow constituency, the BJP candidate said, "The Mahagatbandhan is no challenge for BJP here. I don't want to comment on her (SP-BSP-RLD candidate Poonam Sinha), as I believe elections are not about individuals but about issues."

Talking to reporters after casting his vote in the first hour of pollingy, he claimed that electorate of Lucknow is very cautious about the development and other issues and they will take the right decision in the voting. 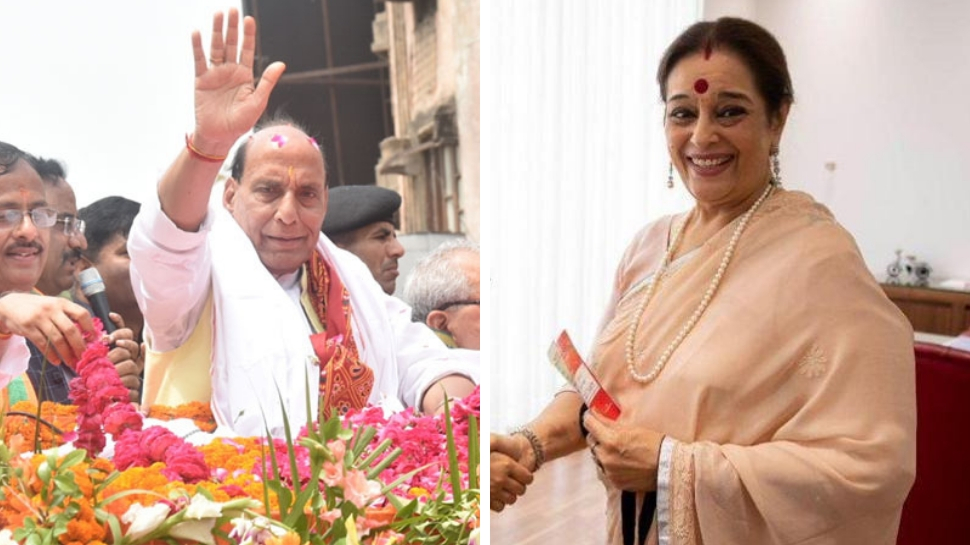 He claimed that the entire country wants Modi to continue as the PM so that the country can develop as per the desire of every citizen.
Singh, who later left for his daylong campaigning, in eastern parts of the state, said only BJP can give the required focus on the country's internal and external security besides the development.

He, however, appealed to the electorate of Lucknow to vote in large number so that the constituency can pass by first division this time by making a record. In 2014, Lucknow polled around 53 per cent of vote. The Union Home Minister is contesting from Lucknow for the second time after winning the 2014 hands down by a landslide margin during the Modi wave.