Research findings suggest that dog ownership or community schemes for dog walking could form part of exercise on prescription for this age group.

Washington D.C: Humans and dogs both need to indulge in certain activity for their physical and mental stimulation.

Taking the dog out for a walk may boost older people's physical activity levels and seems to lop an average of 30 minutes off their daily sitting time.

Research findings suggest that dog ownership or community schemes for dog walking could form part of exercise on prescription for this age group.

As adults age, they tend to become less active: in the UK alone it is estimated that less than half of older adults engage in the recommended weekly quota of at least 150 minutes of moderate intensity physical activity. 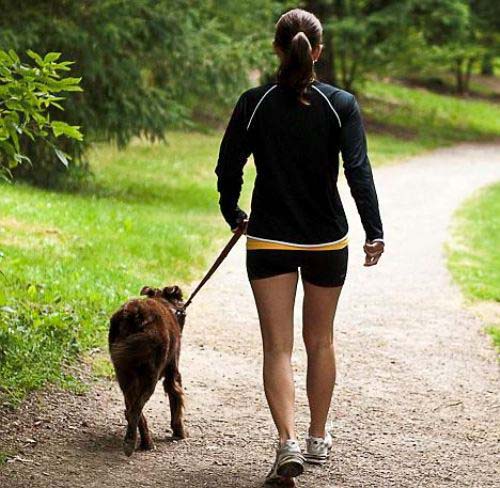 To find out if dog walking might motivate older adults to become more active, the researchers used data from participants in the Norfolk arm of the European Prospective Investigation into Cancer and Nutrition (EPIC).

EPIC, which began in 1993, originally aimed to look at the potential links between diet and cancer. But it has since broadened its focus to include the factors associated with long term conditions, disability, and death in middle age and later life. 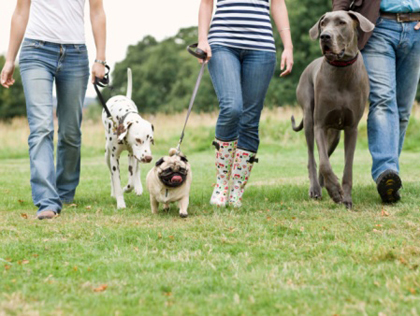 Between September 2006 and December 2011, a sample of 3123 adults aged between 49 and 91 (average 69.5), were asked to wear a pedometer for seven consecutive days during waking hours, and provide information on regular physical activity.

They were also asked whether they owned a dog, and if so, how often they took it for a walk.

The entire sample spent an average of around 11 hours (667 minutes) every day sitting down, and tended to be less active when it rained, was cold, and the days were short in length. 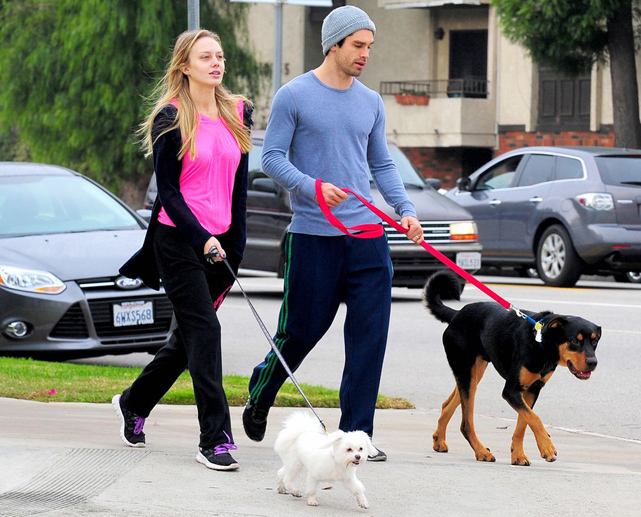 Regular dog walkers were less active on rainy than on dry days too, but they were still more active on these days than people who didn't own a dog.

And they clocked up more physical activity when the temperature fell below 10 degrees Celsius than did those who walked their dogs irregularly or who didn't own a dog on the warmest days.

Regular dog walkers were also more active even on the shortest days than either of the other two groups. Their physical activity levels were typically 20% higher, and they spent 30 fewer minutes every day sitting down than did people who didn't own dogs.

Also Read: Be generous to lead a happier life!

"Our findings hint at the important additional role of extrinsic motivation, in this case the need for the dog to be exercised even in poor weather," the researchers write.

They point out some caveats to their findings: those in good health were more likely to be dog owners and to walk their dogs regularly, so reverse causation-- whereby those who were more active to begin with owned a dog which they walked more--can't be ruled out. 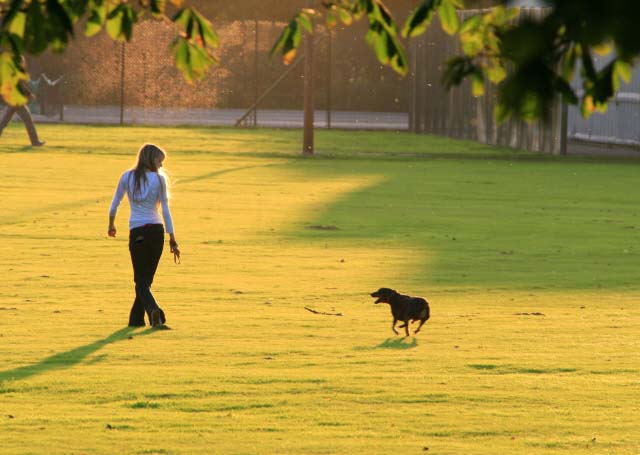 And the climate in the East of England is reasonably temperate so the observed protective effect of dog ownership might not apply in other regions or countries with more extreme weather conditions, they add.

Nevertheless, they suggest that their findings "may have considerable potential to support the maintenance of physical activity in older adults and could form part of exercise on prescription schemes."

They acknowledge that older adults' health or living conditions might limit their opportunities to walk a dog to boost their physical activity levels.

So they suggest: "In cases where dog ownership is not possible but where the functional status allows, dog walking opportunities for older adults who do not own a dog could be organised by local community organisations or charities, and dog walking groups may provide wider wellbeing benefits associated with increased social contact."

The research has been published online in the Journal of Epidemiology & Community Health.(ANI)

Drink green coffee to get healthy and fit body

Why are people attracted to endurance running?